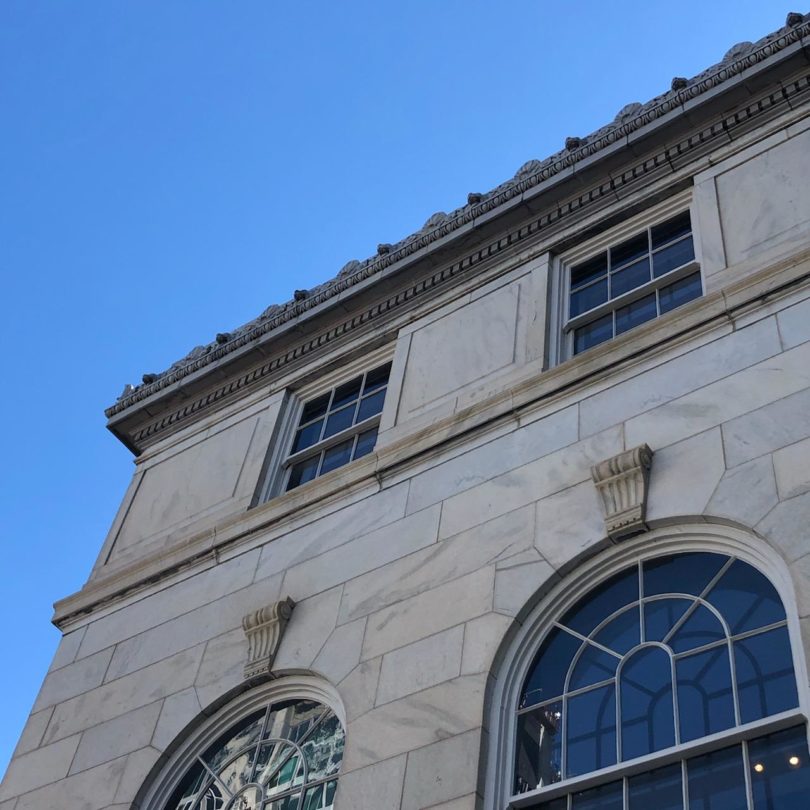 Working at a museum has many benefits, one of which is that there’s always something new to learn. Today, I learned two things:

2. We have two examples of it at the Museum!

Egg-and-dart (which would be a really cool name for a design blog) is a design shape used in moldings. It consists of a series of bas-relief ovals alternating with pointed, narrow, dartlike carvings.

Ovolo moldings, as the Classical egg designs are called in general, are usually wider than many other styles. Their ovals may be separated by other narrow elements, shaped to resemble arrowheads, anchors, or tongues.

Today, I discovered that the Museum displays these on the outside of the historic 1926 Pack Library building (aka, the North Wing), and also on the chandeliers, which hang in the library. Next time you walk by the Museum, see if you notice them. Instead of stopping to smell the roses, you can stop and see the series of bas-relief ovals alternating with pointed, narrow, dartlike carvings. Rolls right off the tongue.