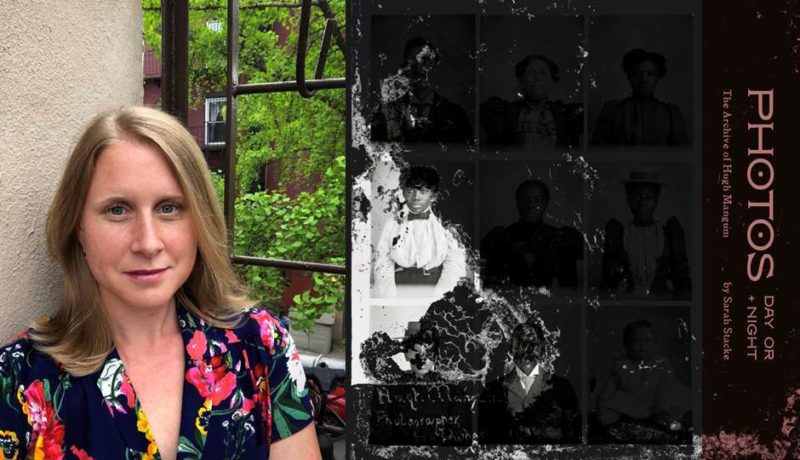 Join us for this special author event, including an introduction and Q+A with the Museum’s curatorial staff, author talk, and book-signing!

Photos Day or Night: The Archive of Hugh Mangum is an intimate look at the life and work of this early 20th-century American photographer. The book was made in close collaboration with Mangum’s granddaughter and features never-before-seen photographs and ephemera from their family archive.

Sarah Stacke is a photographer and writer based in Brooklyn, NY. In 2012 she received a graduate degree from Duke University tailored to analyze photographic representations of African and African American communities. For her capstone project, Stacke extensively researched Mangum’s archive and curated the first-ever solo exhibition of his work, which was shown at Duke’s Center for Documentary Studies (CDS) in 2012. Shortly thereafter she wrote pieces for The New York Times and Aperture about Mangum, and curated a major installation of his work, Keep All You Wish: The Photographs of Hugh Mangum, at the Asheville Art Museum in 2015. She has been an instructor at CDS since 2013 and is an adjunct professor at CUNY’s Craig Newmark Graduate School of Journalism and the International Center of Photography, where she teaches a course about the role archives play in society. In her photography work, Stacke  looks at daily life in communities whose geographic borders were formed during periods of colonization. Often spending time with a community over the course of months or years, she looks at the intersection of culture and memory, and questions how land—and the loss of it—shapes identities. Her work has appeared in National Geographic, The New York Times, The New Yorker, BuzzFeed, and Photo District News.

Presented in partnership with Malaprop’s Bookstore/Café. Books will be available for purchase at Malaprop’s.