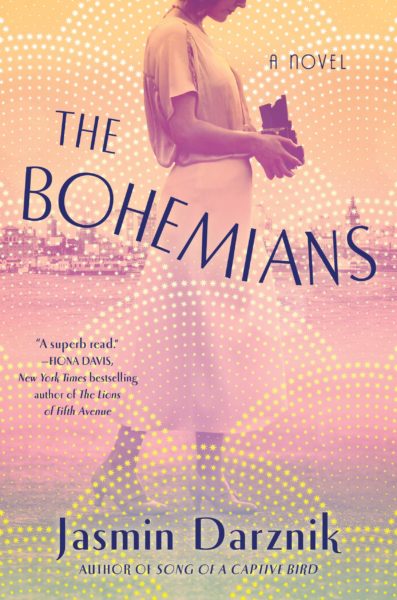 Discussion Bound: The Bohemians: A Novel by Jasmin Darznik

In 1918, a young and bright-eyed Dorothea Lange steps off the train in San Francisco, where a disaster kick-starts a new life. Her friendship with Caroline Lee, a vivacious, straight-talking Chinese American with a complicated past, gives Dorothea entrée into Monkey Block, an artists’ colony and the bohemian heart of the city. Dazzled by Caroline and her friends, Dorothea is catapulted into a heady new world of freedom, art, and politics. She also finds herself unexpectedly falling in love with the brilliant but troubled painter Maynard Dixon. Dorothea and Caroline eventually create a flourishing portrait studio, but a devastating betrayal pushes their friendship to the breaking point and alters the course of their lives. As Dorothea sheds her innocence, her purpose is awakened and she grows into the figure we know from history—the artist whose iconic Depression-era photographs like Migrant Mother broke the hearts and opened the eyes of a nation.

The Bohemians captures a glittering and gritty 1920s San Francisco, with a cast of unforgettable characters, including cameos from such legendary figures as Mabel Dodge Luhan, Frida Kahlo, Ansel Adams, and D. H. Lawrence. A vivid and absorbing portrait of the past, it is also eerily resonant with contemporary themes, as anti-immigration sentiment, corrupt politicians, and a devastating pandemic bring tumult to the city—and the gift of friendship and the possibility of self-invention persist against the ferocious pull of history.