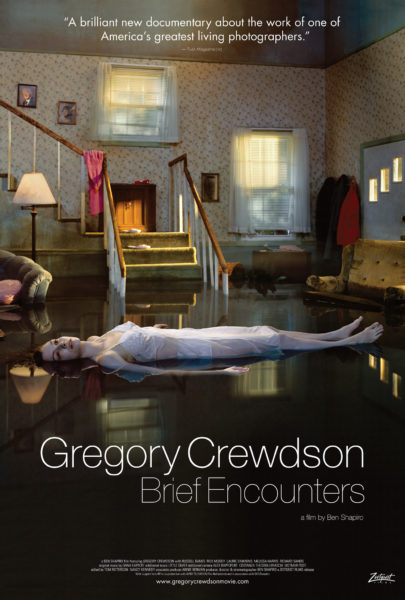 An acclaimed photographer with the eye of a filmmaker, Gregory Crewdson has created some of the most gorgeously haunting pictures in the history of the medium. Gregory Crewdson: Brief Encounters is a close-up portrait of the acclaimed photographer, filmed with unprecedented access over a decade as he creates his stunning images. The film beautifully bares the artist’s process.

For this program, director Ben Shapiro discusses his interest in Crewdson, the process of making the film, and answers questions from the audience.

Presented in conjunction with Vantage Points: Contemporary Photography from the Whitney Museum of American Art, in partnership with the Grail Moviehouse. Generous support for exhibition programming provided by Art Bridges.

Want to enjoy the film’s stunning detail on the big screen? The Grail Moviehouse in the River Arts District is now available for private rentals! Bring your pod, or just your significant other, for a screening of Gregory Crewdson: Brief Encounters. Click here for more information and to see how the Grail is working to keep patrons and staff safe.

Ben Shapiro is a New York-based documentary director, cinematographer, and radio producer. His work has appeared theatrically and at major festivals internationally, at museums including the Museum of Modern Art, as well as broadcast (PBS, CBC, HBO, National Geographic). His projects have received awards including Peabody, DuPont, Emmy, and American Film Institute’s first prize. He is also a contributor to NPR programs and to Radio Diaries. His current project, a feature-length documentary about renowned drummer, composer, and activist Max Roach, will appear later this year.