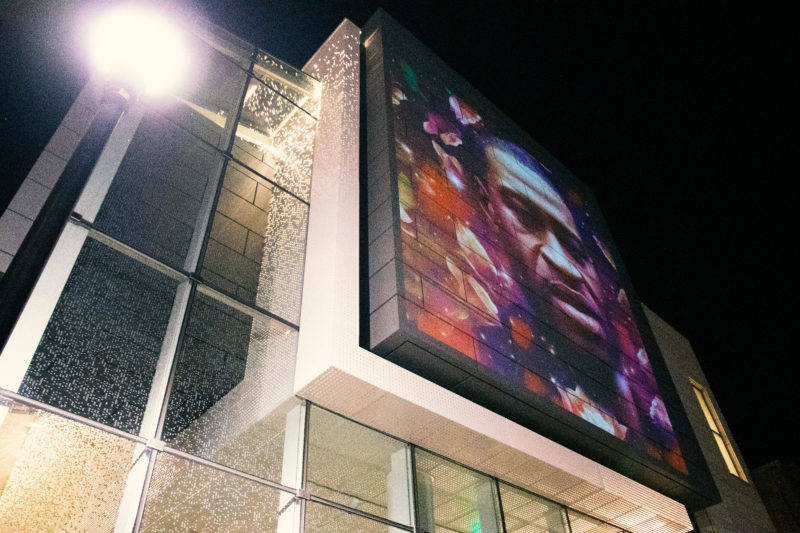 Following the death of George Floyd, Nina Pop, Breonna Taylor, and Tony McDade, Liz Williams, photographer and digital artist, created The Projection Series with Al Murray and Southern Equality Studios. The ongoing series—displayed in multiple areas throughout downtown Asheville, including on the west façade of the Museum—incorporates imagery calling for racial and LGBTQ equality and equity.  Through this talk, Williams will focus on the work she and Murray have done with projections, the events that inspired these works of activism, as well as other forms of art activism and collaboration that she has created in the past few years.

Located in Asheville, Liz Williams has worked as a visual artist for 10 years exploring the line between real and fantastic elements of life in the South in a variety of media including photography, video, and illustration. Since 2019, she has worked with the Campaign for Southern Equality as artist-in-residence and as program manager for Southern Equality Studios, a project that explores how the arts can be a catalyst and force in achieving lived and legal LGBTQ equality across the South.

Museum Members: You’re an important part of the Museum family. On selected Wednesdays at 12:30pm, we’re offering Members-only virtual content. Keep an eye out for a special Member newsletter every Monday, where we let you know what virtual program or activity we have planned for you next! Space is limited; Museum Members should click here to register online. For more information, email Kristen Boddy, membership & Museum events manager, or call 828.253.3227 x117.

Generous support for this program is provided by Art Bridges.