Home > Events > Meet the Moon: Inside and Out 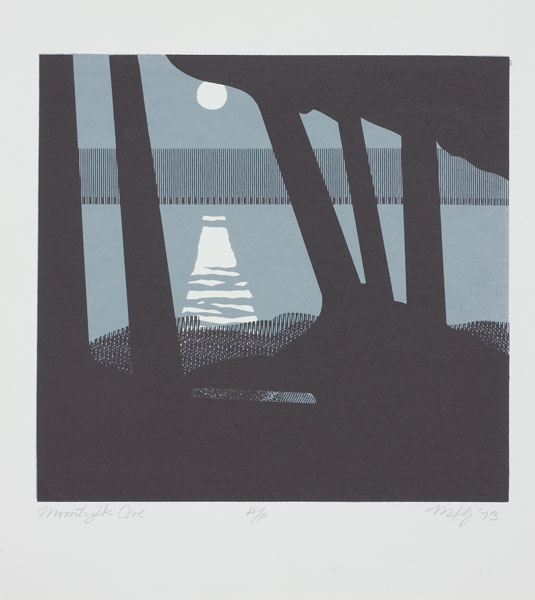 Meet the Moon: Inside and Out

Join staff from the Asheville Art Museum and the Asheville Museum of Science for an exploration of the moon in art and in nature!

Start with a curator-led tour of our current exhibition Meeting the Moon with the Museum’s Whitney Richardson, associate curator. The year 2021 marks the 60th anniversary of the Apollo space program at NASA, but that was hardly the beginning of humankind’s fascination with Earth’s only moon. Before space travel existed, the moon—its shape, its mystery, and the face we see in it—inspired countless artists. Once astronauts landed on the moon and we saw our world from a new perspective, a surge of creativity flooded the American art scene in paintings, prints, sculpture, music, crafts, film, and poetry. This exhibition examines artwork in the Museum’s Collection of artists who were inspired by the unknown, then increasingly familiar moon.

The tour is followed by the presentation “The Orb of Night” in the Museum’s multipurpose space by “Star-Guy” Gary Lazich, a local astronomer and planetarium presenter. Hear about cosmic wonders, timeless stories, artistic representations, and ask your existential questions! Then, weather permitting, adjourn to the Museum’s plaza with Lazich and AMoS staff to explore the night sky and to gaze at the moon through a telescope.

Presented in partnership with the Asheville Museum of Science, in conjunction with Meeting the Moon. Come early for drinks and light bites in the Museum’s Perspective Café (Museum and AMoS members receive a 10% discount!).

Gary Lazich earned an undergraduate degree in astronomy from Northwestern University in 1975. He managed or helped to manage planetariums around the country for 30+ years. Most recently, he managed the Russell C. Davis Planetarium in Jackson, MS before retiring in 2008. In 2002, his Castillo del Cielo: The Majesty of Space received first prize in an international planetarium scriptwriting contest. Lazich has enjoyed lifelong involvement in sky observation and interpretation. As a scriptwriter, program presenter, storyteller, singer, poet, and foster parent, he seeks to provide “space for our children and the child in each of us.”