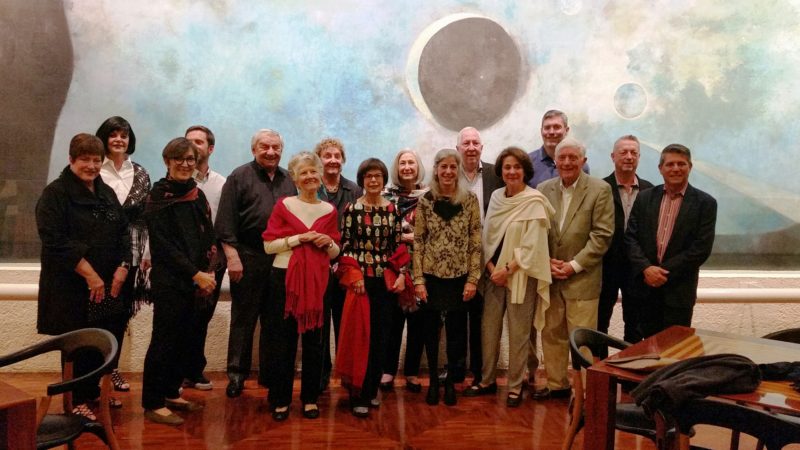 In recent years, Mexico City has become a regular stop for the art-world jet set, part of an international calendar that includes art biennales in Europe and Asia. Galleries have multiplied, as have exhibitions and independent art spaces, from converted taco stalls and newspaper kiosks to the pristine, white-cube gallery spaces. As demonstrated by the recent Getty-sponsored Pacific Standard Time LA/LA initiative in Los Angeles, the art of Mexico is in the public eye as never before.

The Asheville Art Museum and the Craft & Folk Art Museum jointly offered a guided tour to the art treasures of Mexico City. We visited several of the city’s top museums, including the Museo Nacional de Arte (MUNAL), Museo Nacional de Antropología, Museo de Arte Moderno, Museo Frida Kahlo, Diego Rivera murals, Museo Soumaya, Museo Jumex and top art and craft galleries. We toured the many examples of superb architectural styles which have graced the capital for centuries, and visited artists’ studios and private art collections. Of course, we enjoyed sampling the local cuisine. We even visited an historic castle in the green space of Chapultepec Park.