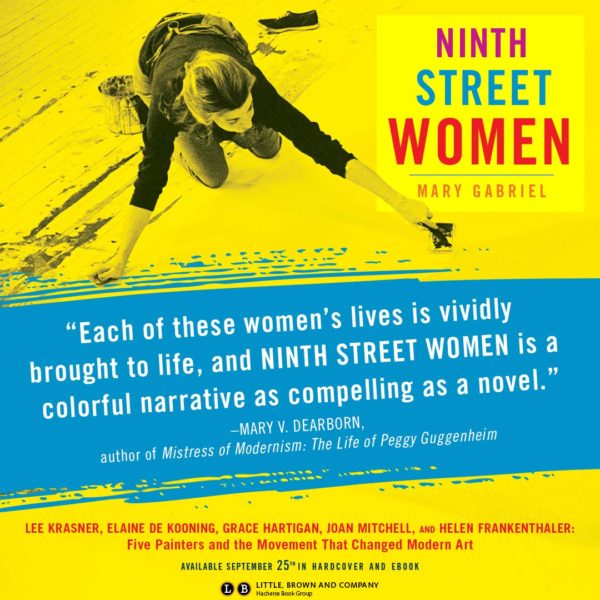 Set amid the most turbulent social and political period of modern times, Ninth Street Women is the impassioned, wild, sometimes tragic, always exhilarating chronicle of five women who dared to enter the male-dominated world of 20th-century abstract painting—not as muses but as artists. From their cold-water lofts, where they worked, drank, fought, and loved, these pioneers burst open the door to the art world for themselves and countless others to come.

Gutsy and indomitable, Lee Krasner was a hell-raising leader among artists long before she became part of the modern art world’s first celebrity couple by marrying Jackson Pollock. Elaine de Kooning, whose brilliant mind and peerless charm made her the emotional center of the New York School, used her work and words to build a bridge between the avant-garde and a public that scorned abstract art as a hoax. Grace Hartigan fearlessly abandoned life as a New Jersey housewife and mother to achieve stardom as one of the boldest painters of her generation. Joan Mitchell, whose notoriously tough exterior shielded a vulnerable artist within, escaped a privileged but emotionally damaging Chicago childhood to translate her fierce vision into magnificent canvases. And Helen Frankenthaler, the beautiful daughter of a prominent New York family, chose the difficult path of the creative life. Her gamble paid off: At 23, she created a work so original it launched a new school of painting.

These women changed American art and society, tearing up the prevailing social code and replacing it with a doctrine of liberation. In Ninth Street Women, acclaimed author Mary Gabriel tells a remarkable and inspiring story of the power of art and artists in shaping not just postwar America but the future.