Home > Events > Discussion Bound: Off the Wall: A Portrait of Robert Rauschenberg by Calvin Tompkins 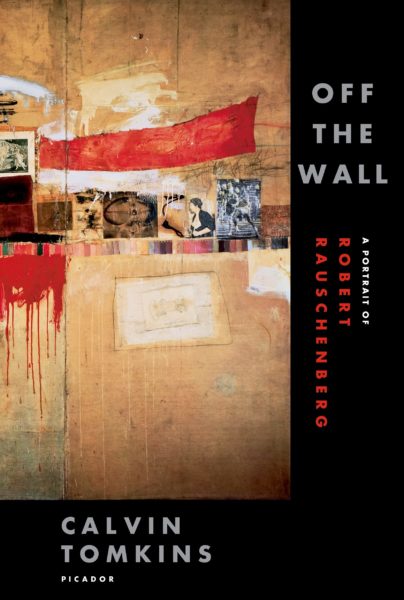 Discussion Bound: Off the Wall: A Portrait of Robert Rauschenberg by Calvin Tompkins

Calvin Tomkins first discovered the work of Robert Rauschenberg in the late 1950s, when he began to look seriously at contemporary art. While gazing at Rauschenberg’s painting Double Feature, Tomkins felt compelled to make some kind of literal connection to the work, and it is in that sprit that “for the last forty years it’s been [his] ambition to write about contemporary art not as a critic or a judge, but as a participant.” Tomkins has spent many of those years writing about Robert Rauschenberg, whom he rapidly came to see as “one of the most inventive and influential artists of his generation.” So it seemed natural to make Rauschenberg the focus of Off the Wall, which deals with the radical changes that have made advanced visual art such a powerful force in the world.

Off the Wall chronicles the astonishingly creative period of the 1950s and 1960s, a high point in American art. In his collaborations with Merce Cunningham and John Cage, and as a pivotal figure linking Abstract Expressionism and Pop art, Rauschenberg was part of a revolution during which artists moved art off the walls of museums and galleries and into the center of the social scene. Rauschenberg’s vitally important and productive career spans this revolution, reaching beyond it to the present day. Featuring the artists and the art world surrounding Rauschenberg—from Jackson Pollock and Willem de Kooning to Jasper Johns, Frank Stella, and Andy Warhol, together with dealers Betty Parsons, Leo Castelli, and the patron Peggy Guggenheim—Tomkins’s stylish and witty portrait of one of America’s most original and inspiring artists is fascinating, enlightening, and very entertaining.

Moderated by Judy Upjohn, touring docent. Presented in conjunction with Ruminations on Memory.