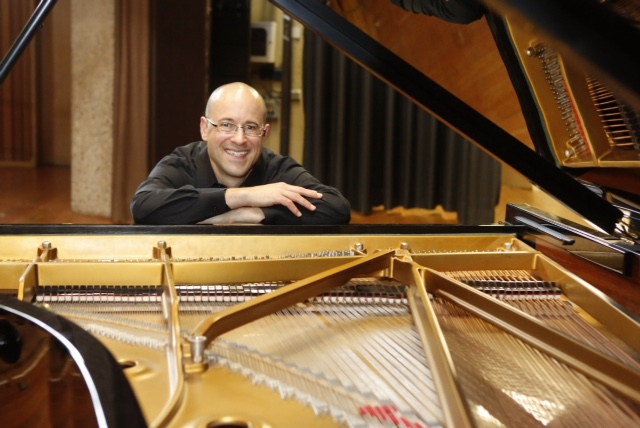 Alexander J. Schwarzkopf was born in Colorado Springs, CO. He has given concerts and master classes in the United States, Brazil, Germany, and Italy, and was a finalist at Val Tidone’s Silvio Bengalli International Piano Competition in Pianello, Italy. Also an active composer, Schwarzkopf was named the Oregon Music Teachers Association’s 2017 Composer of the Year. His teaching appointments include visiting artist piano faculty at the University of New Mexico and faculty at the Klavierfestival-Lindlar and Deutcher Ton Künstler Verein’s Musik Aktiv festivals in Germany. Schwarzkopf holds a doctorate in piano performance from the University of Oregon, and currently lives and conducts his private teaching studio in Eugene. His incisive recording of Falko Steinbach’s “Figures: 17 Choreographic Etudes” is available on Centaur Records.

From Berg’s lyrical single-movement sonata and the philosophical depth of Debussy, to the novel poetic genius of Chopin and the symphonic proportions of Brahms’s second sonata, the works featured in today’s program by returning pianist Schwarzkopf explore aspects of sound and existence through unique rhythmic and harmonic environments that have significantly influenced the pianist and composer.

Pianoforte celebrates its 9th season in 2017-2018. Our Pianoforte patron Harry Rowney recently interviewed Schwarzkopf about the eccentric program planned for April 22, and what brings him back to Asheville. To read more, click here.