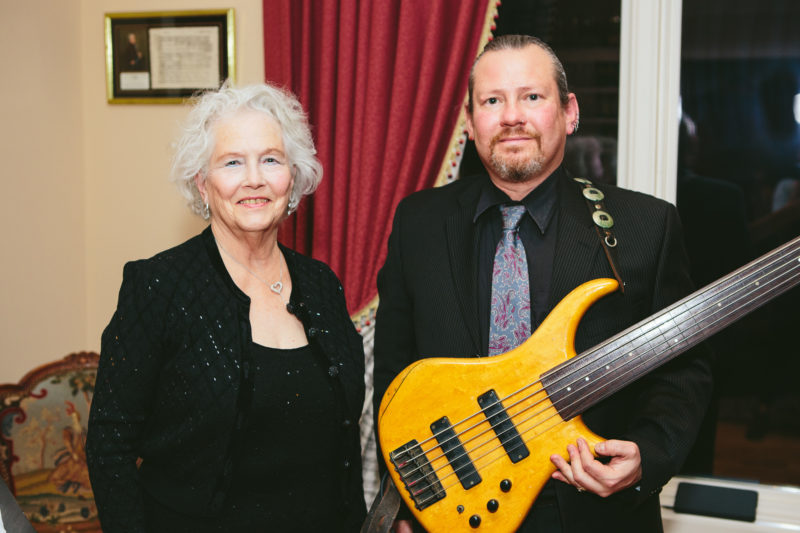 Chicago native Marilynn Seits studied classical piano at the University of Illinois with Dean Sanders and played in the award-winning Illinois Jazz Band under the direction of John Garvey. After graduation, she moved to New York City and studied jazz piano with Roland Hanna; composition with one of the original Four Brothers of Jazz, Jimmy Guiffre; and electronic music with composers Steve Reich and Philip Glass at The New School. She played in many hotels in Manhattan, most notably six nights per week at Peacock Alley in the Waldorf Astoria. The New York Times said of Seits: “…she treats a good ballad accordingly, brushing the bass notes and stressing the melody in pretty clusters with her right hand…” She has composed many New Age and jazz compositions, has released 12 CDs on the CMR Records label, and is a BMI writer and publisher.

Since moving to Asheville early last year, Seits has played at The Block Off Biltmore, for the Asheville Symphony Gala, at Biltmore House, and at last year’s AAPF fall benefit concert, among other venues. She also plays the organ for weekly services at St. Paul’s Episcopal Church in Hendersonville.

For this program, Seits’s son Sean McAusland is joining her on bass. McAusland is a fretless bassist living in Asheville who first trained on bass clarinet and as a vocalist before switching to guitar and bass. In the early 1990s, he recorded and toured with Vermont-based rock band Chin Ho before moving to San Francisco where he was the bassist for the progressive rock bands New Sun and Cybyn. It was during this time in California that he began performing on a six-string fretless electric bass, his main instrument to this day. From1997 to 2005 he worked as a recording engineer and musician, working with the Vibrations Jazz Ensemble (with Seits) and various south Florida rock bands. With brother Andrew, he played the mandolin and formed the duo The Brothers McAusland, performing and recording acoustic folk, bluegrass, and blues. He recorded and produced an avant-garde noise album before moving to Asheville. Currently, he performs jazz with Seits and The David Lagadi Trio as well as instrumental progressive rock with Onj.