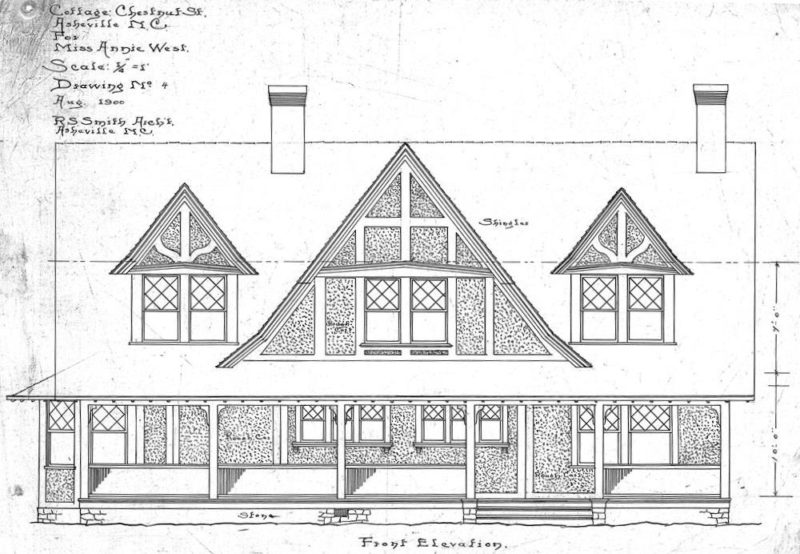 A native of England, Richard Sharp Smith (1852-1924) no doubt was well aware of the emerging Arts & Crafts movement when he immigrated to the United States in 1883. Within three years, he was employed by America’s premier architect, Richard Morris Hunt, who sent Smith to Asheville in 1889 to oversee the construction of George Vanderbilt’s grand Biltmore estate. After completing the project, Smith settled in Asheville and contributed some of the most iconic buildings to Western North Carolina’s landscape. This talk draws from the Museum’s collection of thousands of original architectural drawings by Smith and his colleagues, as well as contemporary photographs of the buildings as they stand today.

For nearly 30 years, architectural historian Martha Walker Fullington has worked with the architectural fabric of Western North Carolina, especially Asheville, and is passionate about Smith’s transformative influence from the beginning of the Arts & Crafts Movement to present-day construction. She served as Architectural Historian and Survey Coordinator for the South Carolina State Historic Preservation Office, and as Preservation Specialist for the Western Office of North Carolina’s State Historic Preservation Office where she administered the National Register program, the historic site survey, environmental review, and grants programs for the 28-county area. Since her early retirement, she has worked as a preservation consultant and served several terms on the board of the Preservation Society of Asheville & Buncombe County and on the Historic Resources Commission.

Space is limited; cost includes transportation and reception. For more information or to register by phone, call 828.253.3227 x122.

Presented in partnership with the 30th Anniversary National Arts & Crafts Conference at the Grove Park Inn and The Cathedral of All Souls.