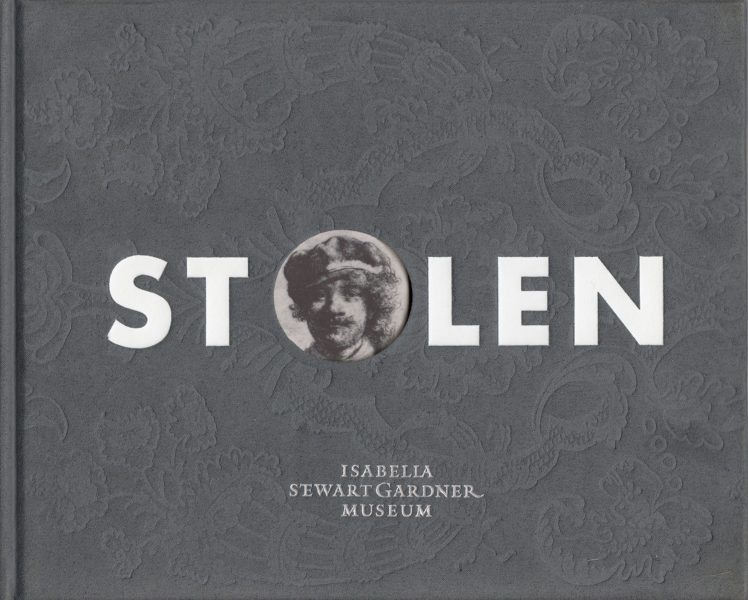 For the first time in 27 years, the Isabella Stewart Gardner Museum has authorized a book on the daring theft of 13 priceless works of art worth over $500 million. The heist remains the largest unsolved theft in history; the museum’s $10 million reward for safe return of all the works still stands.

In 1903, Isabella Stewart Gardner opened her extraordinary museum, modeled after a Venetian palazzo, for the “enjoyment and education of the public forever.” She had amassed an impressive collection including some of the finest masterpieces by Rembrandt, Titian, Raphael, and Botticelli, as well as works by her contemporaries such as Sargent, Whistler, and Degas. In the early morning hours of March 18, 1990, two thieves disguised as police officers talked their way into the museum and tied up the night guards. They cut some of the paintings from their frames and stacked up others to take, leaving behind a priceless Rembrandt leaning against a chest. While it is believed that the thieves “came for the Rembrandts,” they also stole works by Vermeer, Degas, and Manet, among others. In 81 minutes, they were gone.

Stolen gives an inside look at the robbery and explores the impact of the missing works with commentary from the Museum’s director, curators, and the chief investigator. They describe how the theft, often called a crime against humanity, has affected visitors and disrupted Isabella Stewart Gardner’s careful arrangement of the works. The book is highly visual, with original photographs of the stolen objects, as well as how they originally looked in the galleries. Stolen, the only book on the theft commissioned by the Gardner Museum, provides the context to a brazen heist that left one of the world’s great museums in search of its lost masterpieces.