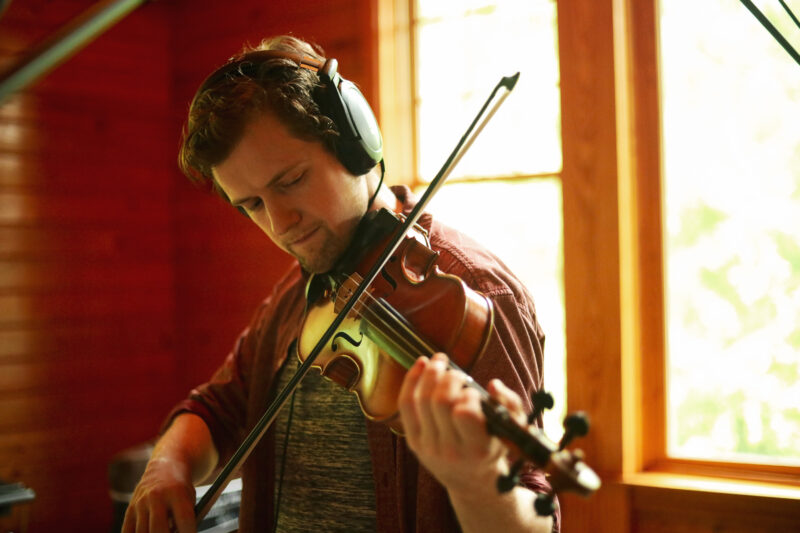 Explosive style and technique influenced by years of intense multi-genre gigging are what make Travers’ performances memorable. Raised in the Raleigh area, he grew up performing in regional orchestras as a violinist and also in local metal/rock bands as a guitarist. He went on to receive his bachelor degree in performance from Appalachian State University in 2014 with a focus on violin studies. During his time as an undergrad, his passion for baroque music and pedagogy came into focus and would play a large part in his artistic growth for many years.

After spending several years in Nashville, away from his violin and just studying the business side of music, he moved to Asheville in 2017 to reinvent his career approach both as an instrumentalist and artist. Having played professionally with such groups as the Asheville Symphony and Brevard Philharmonic, his career has now turned towards extensive collaboration with many local artists as a soloist, composer, and multi-instrumentalist. These days when he isn’t gigging, teaching at the Asheville Music Academy, or recording at the studio, Travers is probably busking with Bach and drinking coffee somewhere around Wall St. More information on his projects, collaborations, and released music can be found at his artist website.