Home > Events > Tour and Behind the Scenes: Walter B. Stephen and William Waldo Dodge Jr. 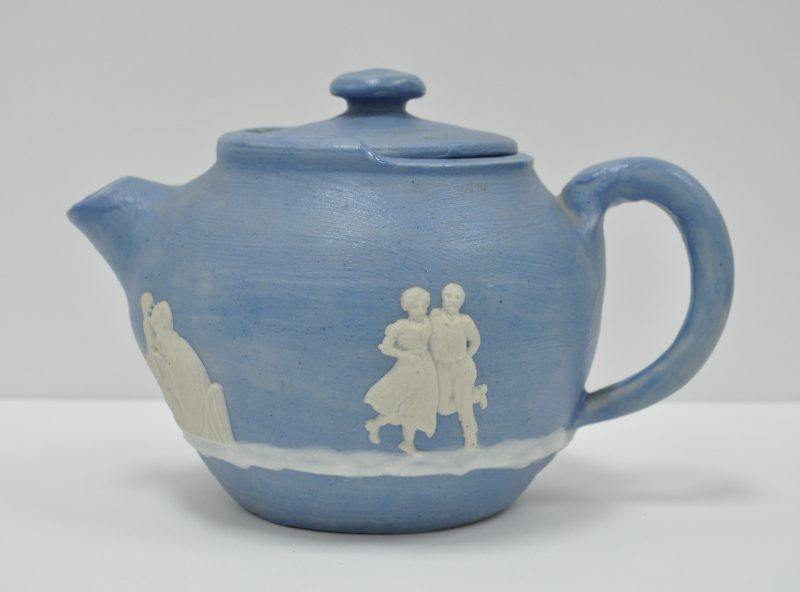 Within the Asheville Art Museum’s Collection reside decorative arts by two of the most beloved and well-known Arts and Crafts style artists of Western North Carolina: Walter B. Stephen and William Waldo Dodge Jr. Join Alexis Meldrum, curatorial assistant, for a private tour of the current exhibition Walter B. Stephen Pottery: Cameo to Crystalline where you will see the early cameo works of Nonconnah pottery, learn about Stephen’s experimentations in glaze, and examine his later pottery from Pisgah Forest, which opened just outside of Asheville in 1926.  Many Pisgah Forest objects feature American folk imagery, from covered wagons and livestock to cabins and spinning wheels. Then join Whitney Richardson, associate curator, and get a behind the scenes preview of the silver chosen for the forthcoming exhibition Useful and Beautiful: Silvercraft by William Waldo Dodge. Opening his first handwrought silver shop in Asheville in 1924, Dodge promoted his line of household goods that reflected the Arts and Crafts values of handcraftsmanship. Get a close look at each of Dodge’s hallmarks and consider how his different designs supported William Morris’ saying, “have nothing in your house that you do not know to be useful or believe to be beautiful.”

Join us early or stay late to explore the Asheville Art Museum! Our landmark building on Pack Square features the best of American art of the 20th and 21st centuries, with a special look at art of Western North Carolina and Southern Appalachia.

Useful and BeautifulWalter B. Stephen Pottery