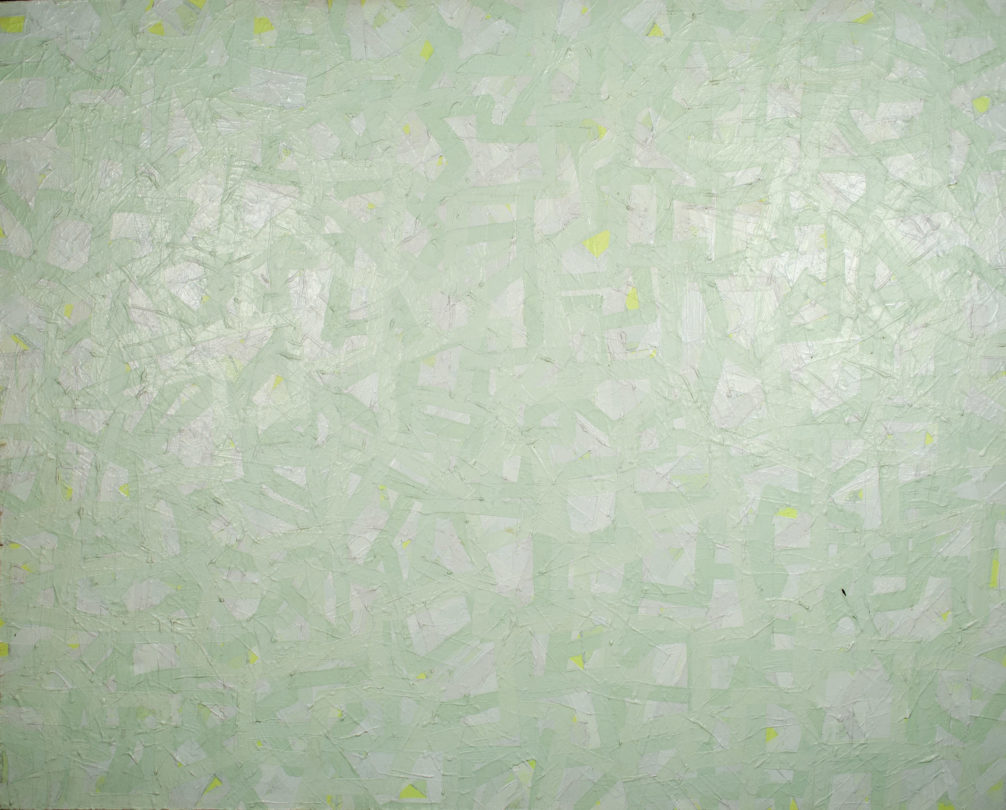 The Museum is excited to welcome a pivotal painting from the early career of Donald Sultan to the Collection. Born in Asheville, NC (1951), Sultan has ties to the region and studied locally and nationally before establishing himself in New York City, where he resides today. Sultan painted this artwork in his third year at the University of North Carolina at Chapel Hill. Prior to that point, he worked in abstracted styles reminiscent of Pablo Picasso. He grew tired of that approach to painting, and Beige #1 marked his first step toward Minimalism and the style in which he works today. The artist is now known for his images of familiar objects in which he reduces their shapes to create simple but expressive patterns.

Beige #1 marked a turning point in the Sultan’s career. Building layers of tan, cream, and beige paint, he also incorporated subtle tones of green and yellow. A concentrated approach using beige as the focal color engaged a new Minimalist abstraction in the artist’s work. Sultan frequently references this specific painting when discussing the early development of his artistic practice. For him, it’s a key work due to his embrace of Minimalism, his feeling of inspiration to be truly directed towards an artistic career, and the foundation it laid for his later stylistic developments. Beige #1 is a gift of the Artist.