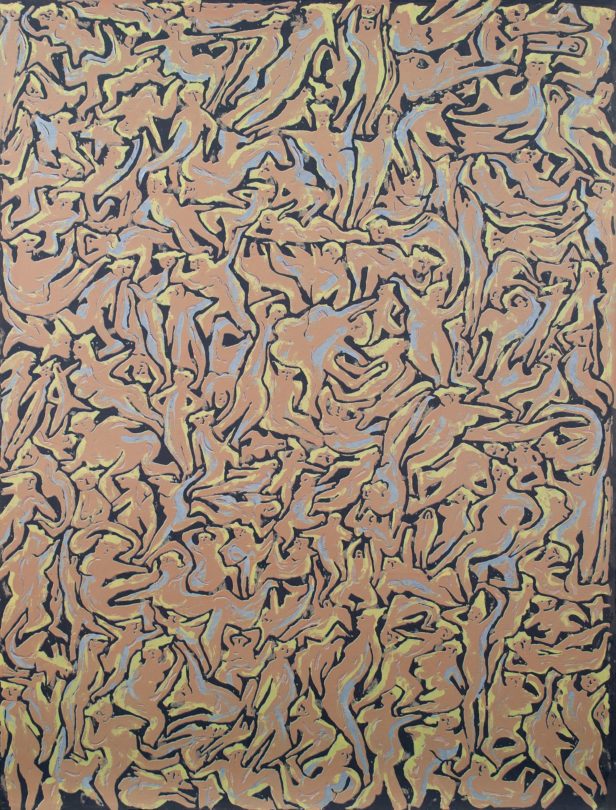 The Chapel Hill Gravel suite of prints was created during Saltzman’s time as a professor at University of North Carolina at Chapel Hill. The portfolio includes serigraph plates by Saltzman alongside plates of poems by Ronald H. Bayes, William Stafford, Lewis Lary, Caroline Kizer, and Jonathon Williams. The imagery featured in this suite is characteristic of his artwork in his time at UNC-Chapel Hill: a series of figures are repeated fluidly, creating an overall abstracted composition. The Chapel Hill Gravel portfolio as well as a drawing and painting by Saltzman were also acquired this year—the first works by this artist to be welcomed into the Collection. These works are gifts from Paul Saltzman and Leslie Saltzman Kreizman in honor of Jacquelyn L. Saltzman.