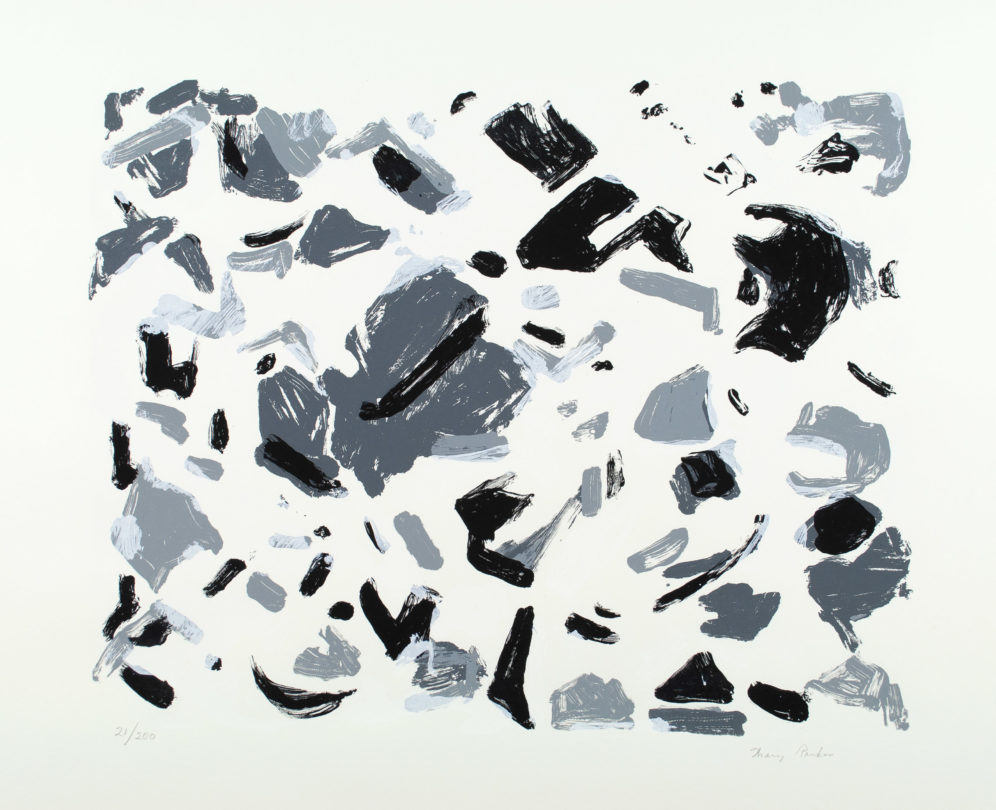 “How can I bring to life for you the unique and most remarkable experiment that was Black Mountain College? If we drive just 15 miles east from here, we can climb the steps to the white-columned porch of Robert E. Lee Hall [now Eureka Hall], on the grounds of the YMCA’s Blue Ridge Assembly. That was where I first encountered the founders of the College and their ideas.”

Artist Mary Althea Parker (Oxford, NC 1906–2003) lived and worked in North Carolina for significant portions of her artistic career. Though she never formally took courses at the college due to her work schedule as a registered nurse, Parker took opportunities to drive from Asheville to visit Black Mountain College (BMC) and attend the college’s lectures, concerts, and performances, an often-untold story of the interactions between the local community and BMC.

At age two, Parker’s family moved from Oxford, NC to Cuba. Parker later returned to the US at age 12 and lived in both North Carolina and Texas. She attended nursing school at the Southwestern College of the Mississippi Valley (now Rhodes College) in 1924. After graduating, Parker moved back to Asheville to work at the Highland Hospital. Her time in Asheville interacting with the BMC sparked a desire to shift her career and pursue the arts. With the onset of World War II, she left Asheville to study at the Cleveland School of Art, and later taught art at universities in both New Hampshire and South Carolina. In retirement, Parker moved to Highland Farm near Black Mountain. Parker gifted much her work to Western Carolina University, who organized a retrospective of her artwork in 1990 and established the Mary Parker Fine Arts Scholarship Fund in 1999.

This recent acquisition—a gift from Judy Swan—demonstrates Parker’s achievement in abstraction. Her studies in the 1950s with artist Hans Hofmann (Weissenburg, Germany 1880–1966 New York, NY) contributed to a shift in her drawings and paintings from realistic representations of her subjects to abstract works derived from nature. The gestural marks of black, white, and gray in this untitled screenprint exemplify her balanced approach to abstract compositions.