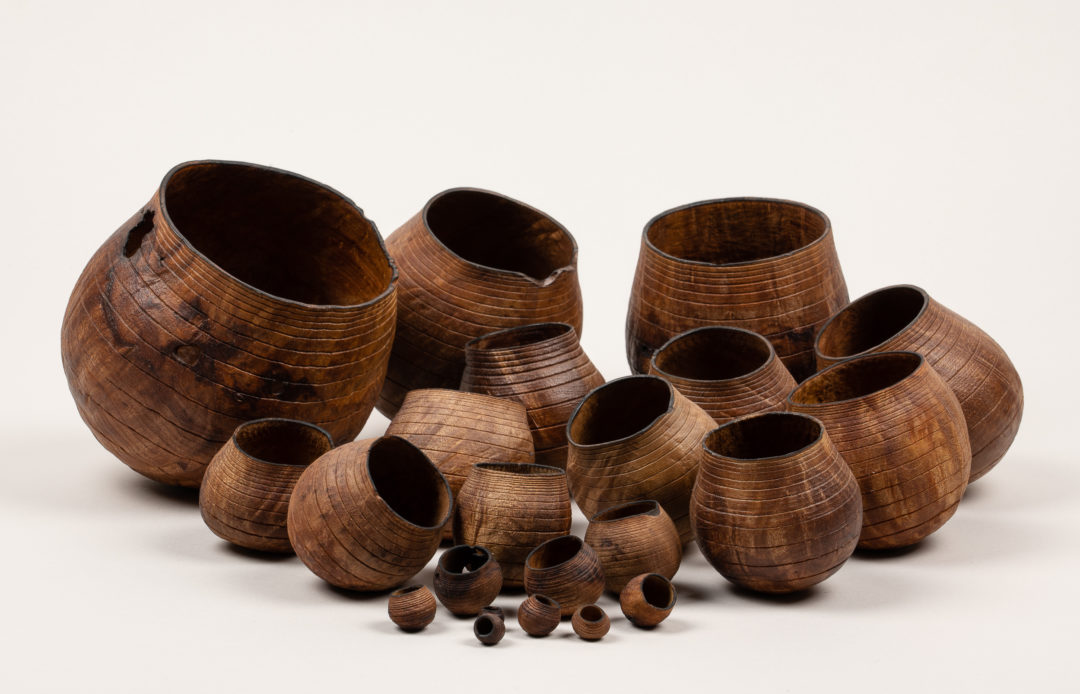 Asheville, NC—Natural Collector | Gifts of Fleur S. Bresler features around 15 artworks from the collection of Fleur S. Bresler, which include important examples of modern and contemporary American craft including wood and fiber art, as well as glass and ceramics. These works that were generously donated by contemporary craft collector Bresler to the Asheville Art Museum over the years reflect her strong interest in wood-based art and themes of nature.

According to Associate Curator Whitney Richardson, “This exhibition highlights artworks that consider the natural element from which they were created or replicate known flora and fauna in unexpected materials. The selection of objects displayed illustrates how Bresler’s eye for collecting craft not only draws attention to nature and artists’ interest in it, but also accentuates her role as a natural collector with an intuitive ability to identify themes and ideas that speak to one another.”

This exhibition presents work from the Collection representing the first generation of American wood turners like Rude Osolnik and Ed Moulthrop, as well as those that came after and learned from them, such as Philip Moulthrop, John Jordan, and local Western North Carolina (WNC) artist Stoney Lamar. Other WNC-based artists in Natural Collector include Anne Lemanski, whose paper sculpture of a snake captures the viewer’s imagination, and Michael Sherrill’s multimedia work that tricks the eye with its similarity to true-to-life berries. Also represented are beadwork and sculpture by Joyce J. Scott and Jack and Linda Fifield.

Gaudy Sphinx by North Carolina-based artist Anne Lemanski is an exhibition highlight. The work takes the form of a coiled snake, adorned with a skin illustrated with brightly colored butterfly wings made of hand-stitched paper. Lemanski’s art often explores the symbiotic and complex relationship between humans and animals, and the exploitation of the natural world for human needs. This artwork is one of three sculptures by Lemanski in the Asheville Art Museum’s Collection.