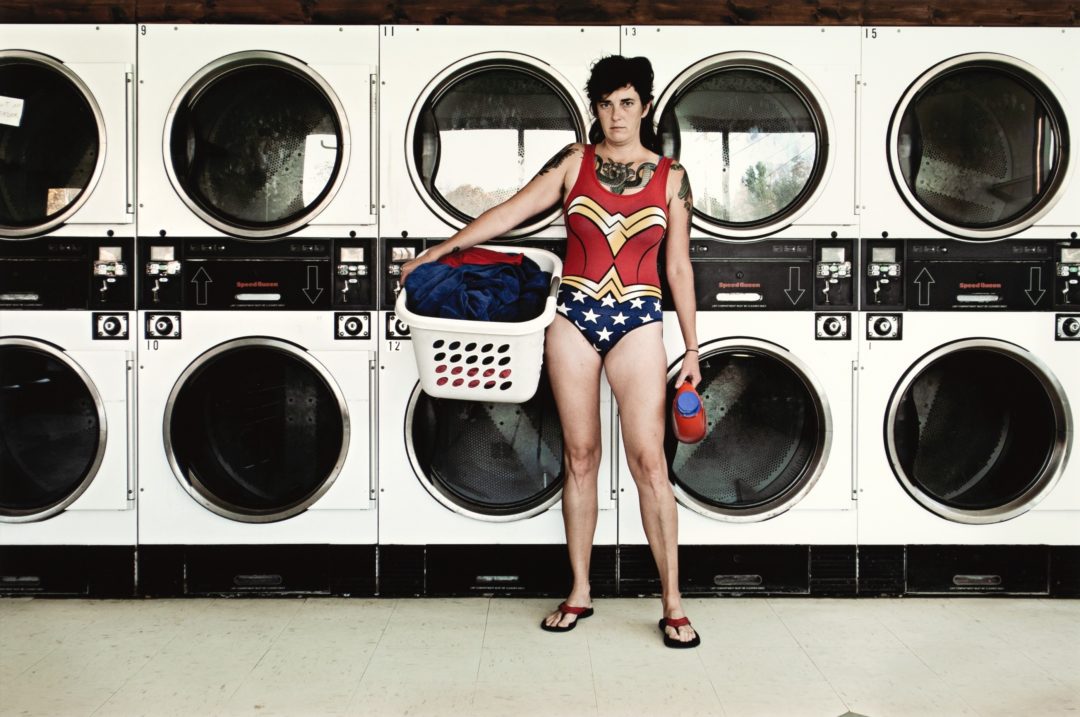 Rebel/Re-Belle: Exploring Gender, Agency, and Identity | Selections from the Asheville Art Museum and Rubell Museum combines works, primarily created by women, from two significant collections of contemporary art to explore how artists have innovated, influenced, interrogated, and inspired visual culture in the past 100 years.

According to Assistant Curator Hilary Schroeder, “expressions of identity are at the core of many artists’ work, and artists have long used colors, imagery, gestures, and media to tell their stories and share their points of view. The 20th and 21st centuries are defined by movements to uplift the voices of the otherwise silenced and give agency to authentic expression.”

Artists working in the United States have created artworks in support of and in response to these activist movements, including the Civil Rights Movement, feminist movements, and movements for lesbian, gay, bisexual, trans, and queer (LGBTQ) rights. “We’re excited to share with the community artworks from both the Asheville Art Museum’s collection and the Rubell Museum’s extensive holdings of important American artists that inspire contemplation of ideas around agency, gender, and identity through a variety of materials, perspectives, and scales,” says Schroeder.

Rebel/Re-Belle showcases the viewpoints of artists whose identities exist at the intersection of many lived experiences, including gender, race, and socio-economics in two sections: Rebel and Re-Belle. Featured artists in the exhibition include Anni Albers, Judy Chicago, Bessie Harvey, Wendy Red Star, and Liz Williams from the Asheville Art Museum’s 74 years of collecting, and Marilyn Minter, Catherine Opie, Jennifer Rubell, Tschabalala Self, Cindy Sherman, and Mickalene Thomas from the Miami-based Don and Mera Rubell’s 54 years of collecting.

This exhibition is organized by the Asheville Art Museum, featuring additional works from the collection of the Rubell Museum in Miami, FL. This project is supported in part by a Grants for Arts Projects award and from the National Endowment for the Arts. Essential support is provided by April Liou and Kevin Click.