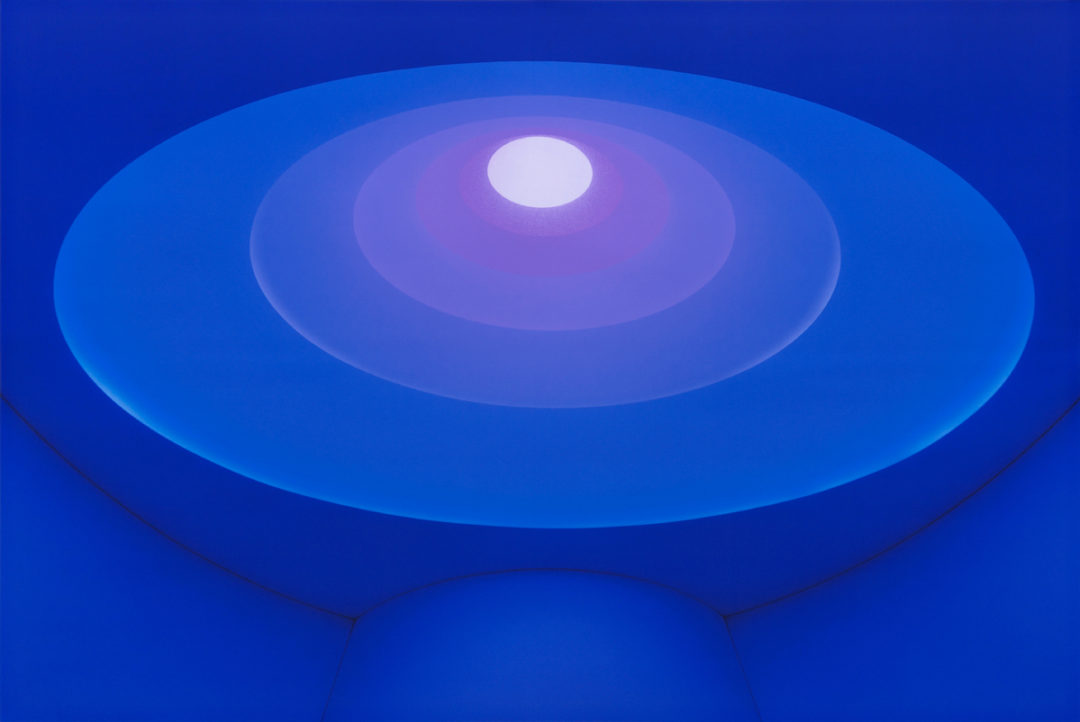 James Turrell (born Los Angeles, CA 1943) considers light a material that defines space. His expansive body of work challenges human perception and the primal relationship with light. This print is based on Turrell’s 2013 Aten Reign installation at the Solomon R. Guggenheim Museum, which created an immersive skyscape in the rotunda of Frank Lloyd Wright’s iconic building. Built in the center and top of the building, artificial LED lights were programed in a shifting spectrum to dialogue with natural light over a 60-minute cycle. The installation generated a sensation of the space as if it had a life of its own. This print captures an ephemeral moment that the light, color, space, and shape composed in the rotunda. Turrell is considered one of the foremost artists associated with the Light and Space art movement, which began in the artist’s home region of Southern California in the mid-1960s.

—Lei Han, Professor the Director of New Media at the University of North Carolina Asheville and a practicing new media artist (Asheville, NC)

This work is on view now in Intersections in American Art.