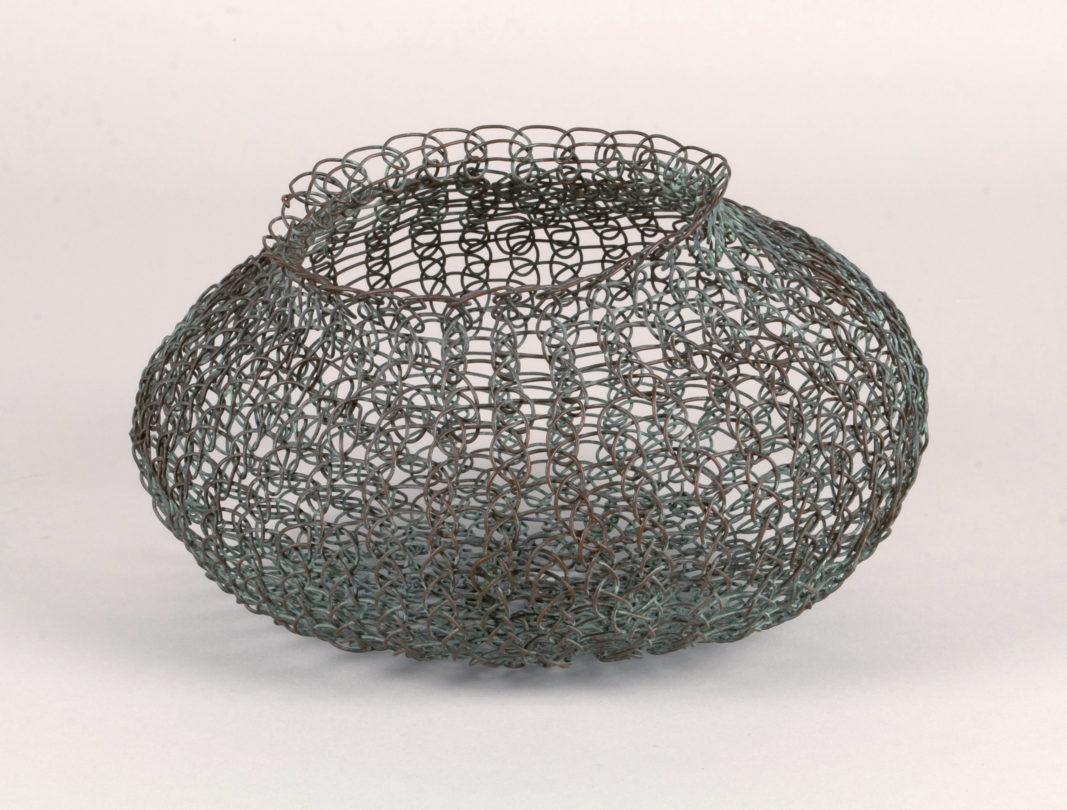 Ruth Asawa (Norwalk, CA 1926–2013 San Francisco, CA) enrolled at Black Mountain College in summer 1946. In Josef Albers’s design class, students used materials such as leaves and found objects in their studies, largely because the college could not afford art supplies. Anni Albers and student Alex Reed created hardware jewelry, further demonstrating that quartiers de noblesse do not exist among materials. In summer 1947 in Mexico, Asawa became intrigued by the looped wire baskets used to hold eggs at the market. This simple form, constructed from a common utilitarian material, was the catalyst for the creation of Asawa’s elegant wire sculptures. Simple wire baskets evolved into more complex forms as she realized the capacity of looped wire structures to support weight and retain form.

Ruth Awasa first visited Mexico in 1945 when she took a class at the Universidad Nacional Autónoma de México with designer Clara Porset, studying Mexican functional crafts. She returned in 1947 to volunteer with the Quaker’s American Friends Service Committee and at this time met craftspeople in Toluca, Mexico, who taught her how to make wire egg baskets. The smaller of the two baskets seen here was created with a thinner wire that was easier to manipulate and is likely an earlier version of the wire baskets for which she has become known. The larger basket is more rigid in its form and uses a higher gauge copper wire. There is also a hanging wire basket by Asawa on view in the SECU Collection Hall.