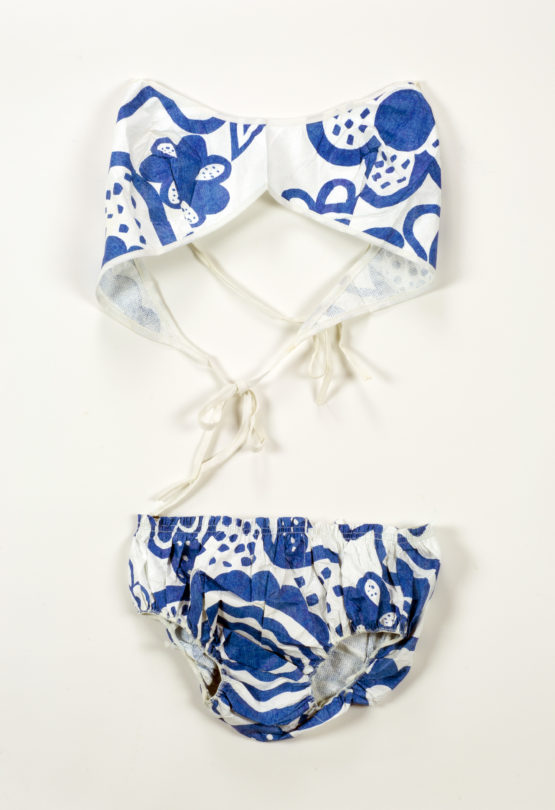 The end of summer draws near. We chose a Work of the Week appropriate for one last weekend dip in a cool pool (if paper bikinis could withstand water).

Have you heard of Mars of Asheville? In 1966, Scott Paper Company introduced disposable clothing as a promotional gimmick. It’s sleeveless shift sold for about $1. The Mars Company of Asheville, NC, picking up on the trend, quickly became the nation’s leading producer of paper dresses. From its basic A-line shift, the company expanded its line to include bell-bottom jumpsuits, evening gowns, aprons, men’s vests, children’s dresses, and even swimsuits—like the bikini seen here—and bathing trunks. Some of the Mars Company’s best sellers were “premium” dresses made for specific businesses. The paper dress craze left as quickly as it arrived. By 1969 it was over, its popularity cut short by cultural changes, practicality, and the fact that paper garments were not very comfortable.

Mars of Asheville’s paper dresses have also been on view at the Museum of Fine Arts Boston and the Museum at FIT (Fashion Institute of Technology), among others.