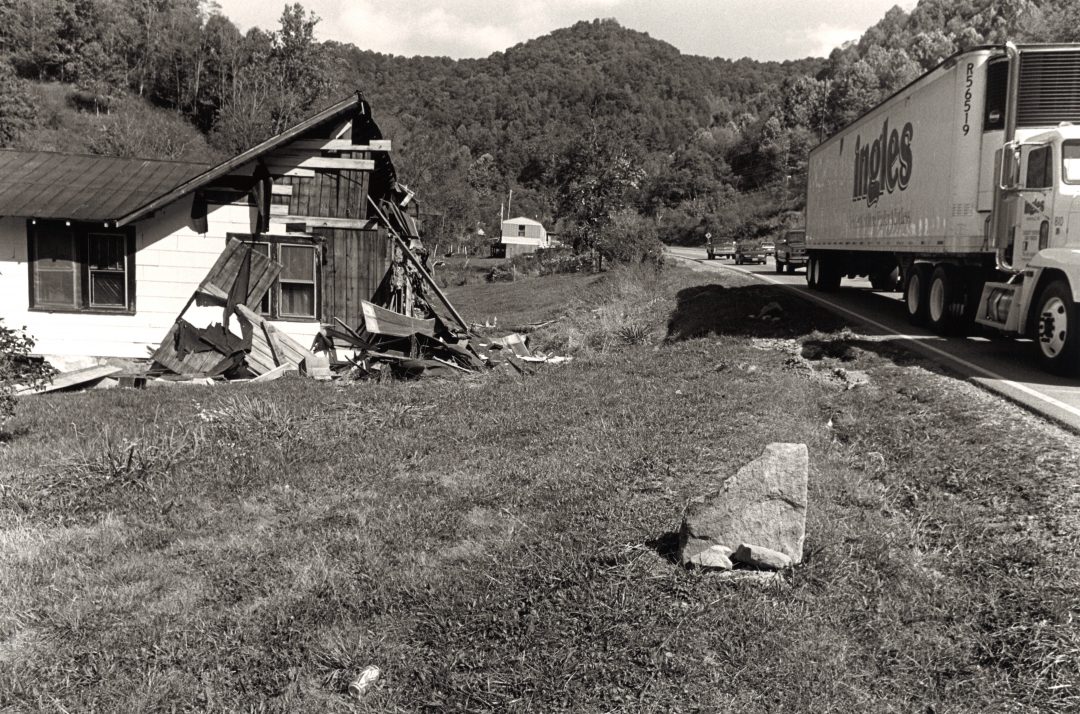 On Southern backroads, it’s not uncommon to pass ramshackle houses and drive alongside rusted trucks or big rigs making deliveries to small communities. Rob Amberg’s gelatin silver print Clate Grindstaff’s Destroyed House, Murray Mountain, Madison County, NC captures this unsettling piece of reality around 1996. The work is from Amberg’s 2009 publication The New Road I-25 and the Footprints of Progress in Appalachia, compiled from a body of photographs that he began working on in 1994. On its own, this photograph is powerfully composed set in the stationary, timeless mountains. On the left, there is a relic of a shelter in the slow process of decay. In stark contrast, to the right, there is a moving grocery delivery truck, synonymous with the emergence then and persistence now of commercialism. What struck me the most about this artwork is the title, which gives the broken-down house a name. This is Clate Grindstaff’s destroyed house. During the construction of I-26, many homes and much of the mountain landscape was destroyed to make way for the expanded interstate. Growing up, I was accustomed to seeing houses such as this one on my Carolina road trips but had never considered the names and souls that were once attached to them. This work is awe-striking at a glance, but deeply moving after reflecting on the title.