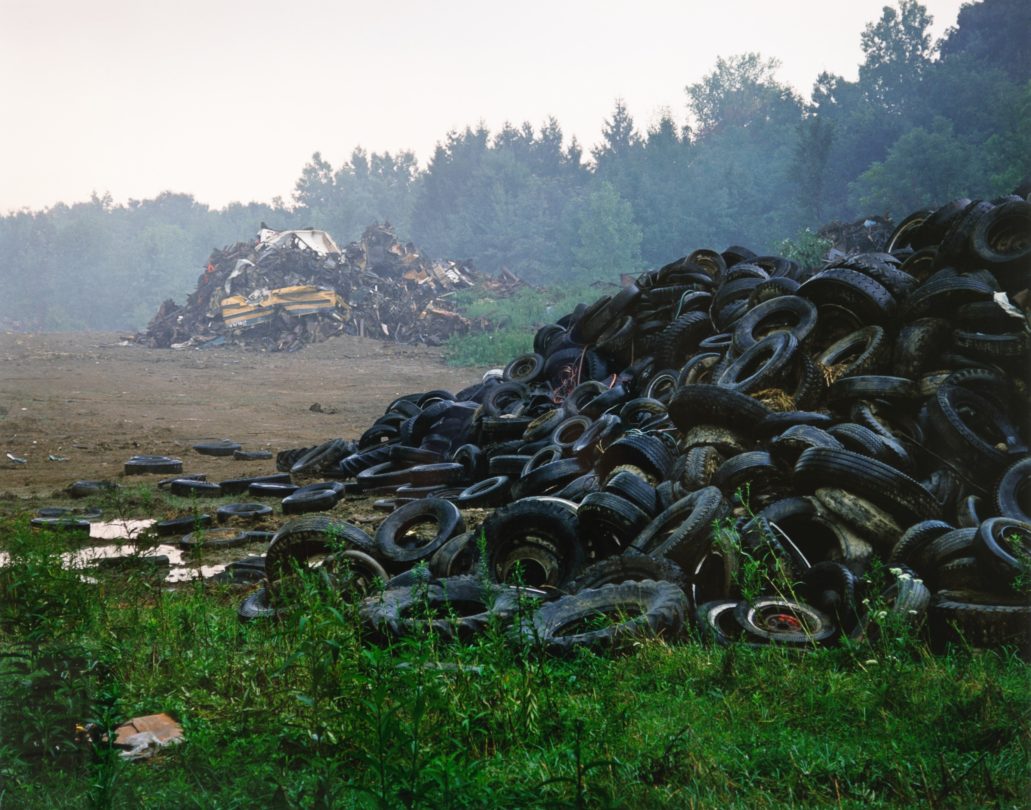 Robert Glenn Ketchum’s Overlooked in America: The Success and Failure of Federal Land Management series examines the natural and human-induced decay of the physical world around us, while also celebrating the resiliency of nature. Other photographs in this series look at landscapes featuring dead trees, where there is still a glimmer of hope, as said tree is surrounded by freshly bloomed flowers. This image, however, is much bleaker. Rather than providing hope for the viewer, this image shows the problem of climate change that we are facing head on. The photograph feels like a dire warning of what’s to come if we don’t change production habits. Photographed in a landfill in Cuyahoga Valley National Park, this space was once considered one of the most contaminated sites in the region. Cleanup efforts began in 1986 and didn’t finish until the end of 2020.

The commentary on consumerism and the way that both individuals and big corporations treat the Earth makes it hard to think critically about the quality of the photograph. This underlying dialogue can even make some feel a little strange talking about it—how it’s dynamic and interesting to look at, but that is also part of what makes this image so fascinating. It’s a well-thought-out and powerful image with a lot going on. It’s implied that there are more piles in the surrounding area, but we can’t see them, so it feels like these have been placed purposely to start a conversation about the ongoing climate crisis. Ketchum frames the scene so that the tires in the front spread from the right edge to the middle of the photograph, making it easier for your eye to travel through the image toward the background where the viewer sees another pile of garbage and then a forest touched skyline.

The photograph takes on a traditional landscape look, with the piles of garbage forming the appearance of mountains. While the backmost pile blends in with the trees and with its contents a little harder to make out, the “mountain” in the front is made exclusively out of tires, reminding the viewers of the pollution being caused by cars and their gas consumption, as well as the negative effects landfills have on the environment. Though the colors in other images in this series are much more saturated, Ketchum takes a much more subdued approach with this photograph. The grass is green, but it feels muddled and old. The sky is not blue; it’s a smog filled gray. The discoloration makes the image feel more serious than others in the series, reminding the viewer that it’s up to us to take care of the Earth.

This photograph is on view in Public Domain: Photography and the Preservation of Public Lands through August 20, 2021.