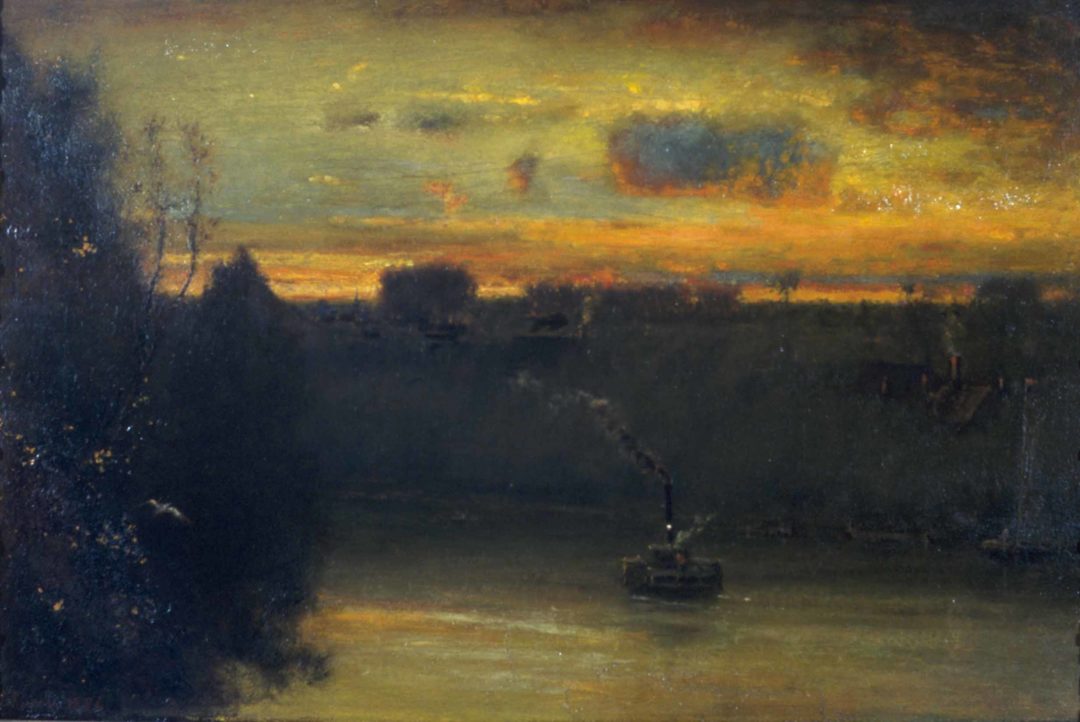 This signed and dated river sunset scene captures either New York’s Hudson River or New Jersey’s Passaic River, a favorite setting for American landscape painters during George Inness’s lifetime, near the home he moved to in 1885. With over a thousand works in his catalogue, Inness became known as a Tonalist later in life, someone seeking to evoke the mood or spirit of places and moments through an increasingly free and vigorous handling of paint. Intriguingly, the artist seems to have changed his mind about what he was portraying in this scene. What began as a quiet view with a pale sky became vivid through the overpainting of that sky with typically brilliant colors. The scene, in effect, puts in conversation different stage of the area’s development: the natural, the pastoral, the religiously centered village, the industrial, and the recreational.

Inness’s painting is currently on view in Intersections in American Art.