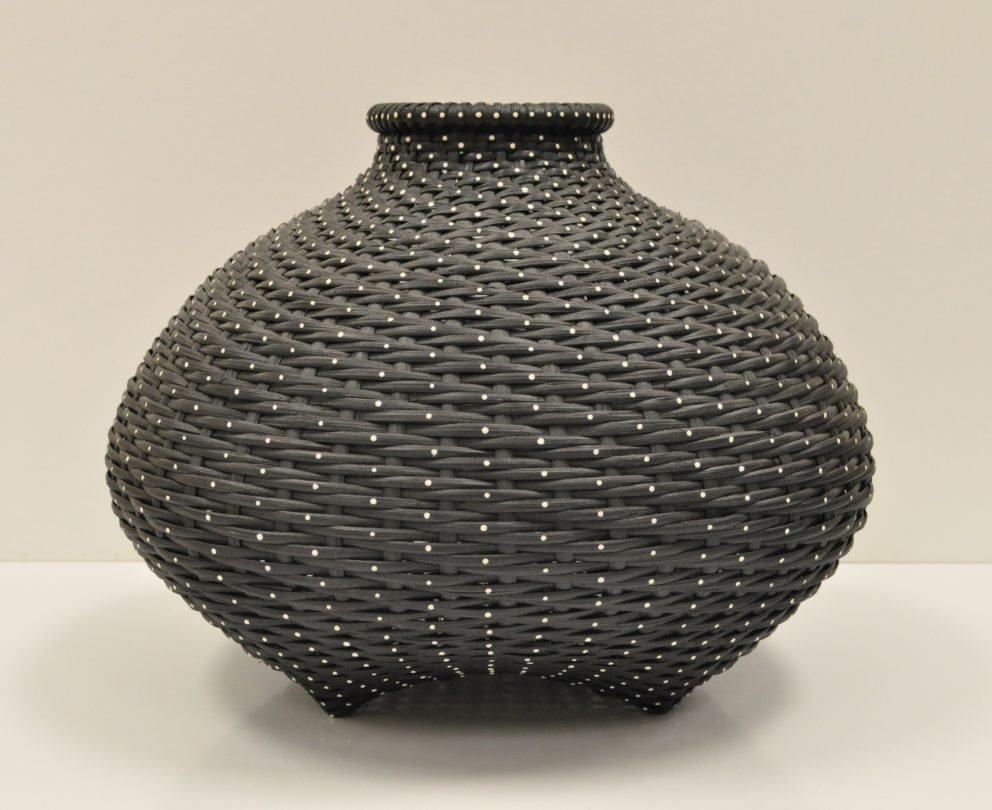 The craft community of Western North Carolina lost an important member last month. Billie Ruth Sudduth (Sewanee, TN 1945–2021 New Bern, NC) passed away on October 12, 2021, but the legacy of her basketry and teaching continues. Sudduth was a self-taught basketmaker who worked in Bakersville, NC. She taught basketry at renowned craft schools, like Penland School of Craft, Arrowmont School of Arts and Crafts, and the John C. Campbell Folk School. In 1997, Sudduth was named a Living Tresure, the highest honor someone in the crafting field can receive in the state of North Carolina. She was the first woman to be bestowed with this honor.

Among her best-known styles was her Fibonacci series that combined mathematical ratios with traditional basketry inspired by Shaker and Appalachian designs. Another series, Illusions, like the basket seen here, plays with the viewer’s eye—in one moment the white dots painted on the basket can appear to fall in straight lines and in the next loop around the basket in spirals—giving the basket its name, Illusions. The shape of this basket is called a cat’s head and it sits on four points. The dark black color of the basket comes from iron oxide dyes that the splint reeds soak in for weeks. The splint reeds are woven in a twill pattern, giving the basket its strong diagonal lines. Sudduth’s baskets were works of art that combined tradition with experimentation, resulting in what she called “baskets that hold your interest.” Her art will certainly hold our interest and inspire for generations to come.