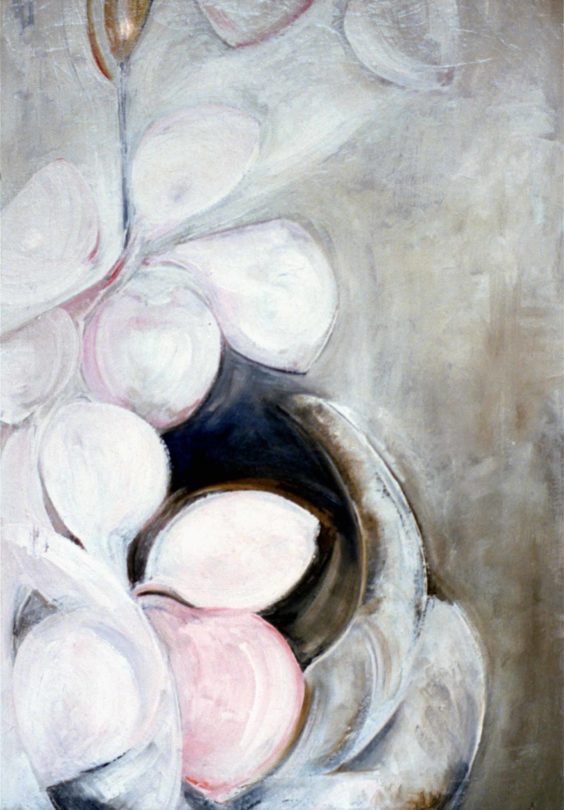 “Something may be a sort of fulfillment of yourself, and it may not be great to other people, but it is just as essential to yourself as if it is a great masterpiece.” ~Zelda Fitzgerald

Zelda Fitzgerald was a resident of Asheville during the latter years of her life, and one of her masterpieces is a permanent resident in the Collection of the Asheville Art Museum. Fitzgerald—an overnight sensation of the roaring ‘20s, and the other half of one of the most dynamic duos in literary history—was a published novelist, accomplished dancer, and prolific painter. A product of her time, Fitzgerald’s paintings demonstrate her extensive knowledge of Cubism and Surrealism. Most of her works are often described as cityscapes—cities such as New York City and Paris, the metropolitan incubators for artistic experimentation. She also painted lampshades that narrate animated circus scenes, psychedelic biblical allegories, and the most fantastical paper dolls for her daughter. Fitzgerald exhibited her work only once during her lifetime; one reason why she remained largely unknown as an artist until the late 20th century.

Fitzgerald painted Japanese Magnolias circa 1945 while in her hometown of Montgomery, AL. According to An Illustrated Life (1996), soon after Zelda’s death in 1948, the Sayre family cleaned out her studio and held a lawn sale where art dealer Louise Brooks discovered a three-foot stack of Fitzgerald’s oil paintings.

“I want the yardman to burn them,” Fitzgerald’s sister told Brooks, “I don’t want them to be seen.” Brooks purchased several sketchbooks and one artwork—the one on top of the stack. When Brooks returned the next day, the rest of the paintings had been destroyed. The one on top of the pile, according to a 1996 interview with Brooks, was Japanese Magnolias.