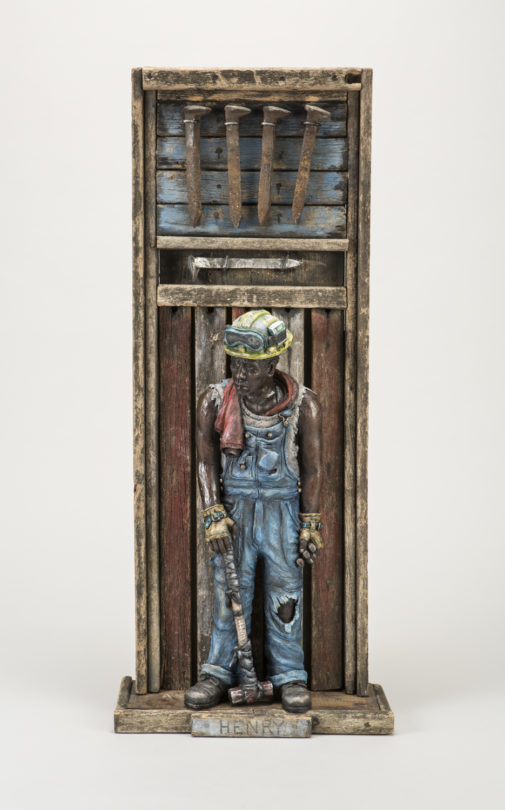 This project has been made possible in part by a major grant from the National Endowment for the Humanities. Major funding for the Asheville Art Museum’s Collection project provided by the Henry Luce Foundation.

John Henry was an American folk legend who was also known as the “steel-driving man.” He was a kind of underdog who tried to save railroad laborers’ jobs by competing against the modern technology of the time, which was a steam-powered hammer. He and his human-powered hammer beat the steam drill, but he died soon after. There were very few career opportunities outside of farm-laborer jobs for African Americans. At the time, if you were African American and needed a job, the railroad or the military was the most viable career. This is where we made the connection to John Henry. Not only did he represent our race, he represented the struggle of the working class.

To read more from the Artists, click here to view their Artist Spotlight.