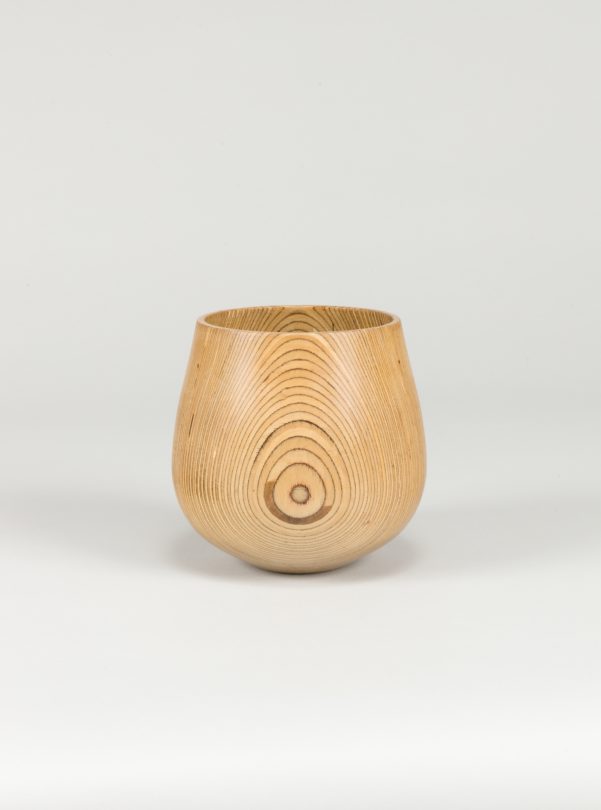 Affectionately referred to as the “Dean of American Woodturners” by the American Association of Woodturners, the moniker pays tribute to Osolnik’s importance in the promotion of Appalachian crafts and his role as an academic. In the late 1930s he moved to Kentucky to become chairman of the industrial arts department at Berea College, during which time he started making his biomorphic candlesticks, and where he taught until retirement in 1978. Though his medium was connected to traditional furniture making, his own aesthetic was modern—with simple lines and well-balanced proportions. As exemplified by this vase, Osolnik turned his found wood on a lathe to create a refined work of art, using plywood to its full advantage by emphasizing the layers within it. He believed there was no distinction between a craftsman and an artist if the person had proper control over their materials and technique.