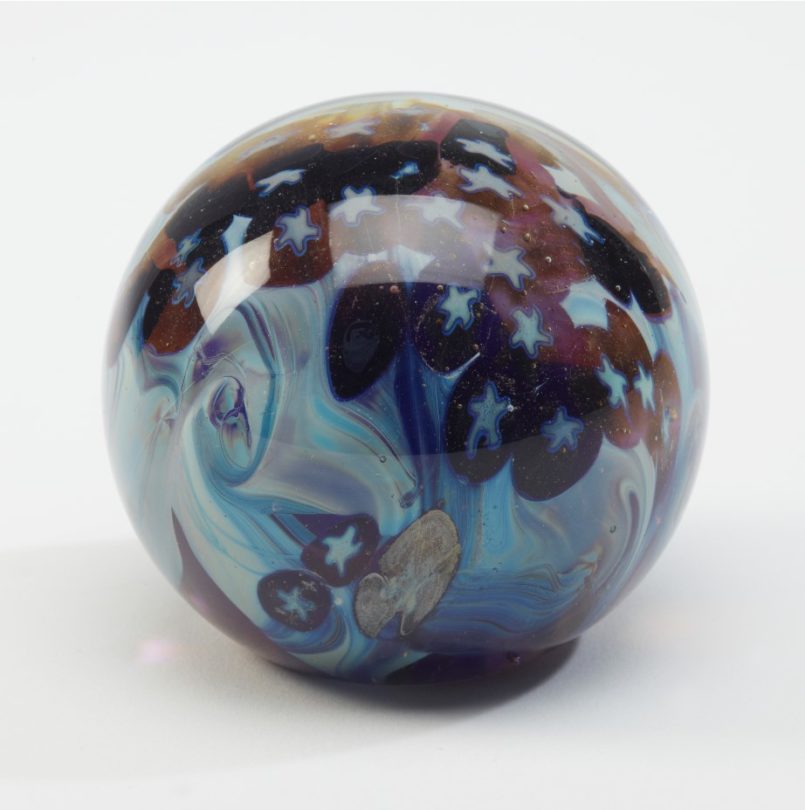 With the recent installation of Henry Richardson’s sculpture, Reflections on Unity, on the Museum’s Plaza, this week’s Work of the Week is another homage to the beautiful medium of glass. Richard Ritter was born in 1940 in Detroit, MI where he later studied at the (now named) College of Creative Studies. He was hired to work there as an advertising teacher, and took advantage of a perk of employment: enrolling in classes. After only using the furnace 11 times, Ritter was convinced that glassblowing was the medium he had been searching for to begin his life’s work.

This 1973 glass work, named Moon and Stars, was gifted to the Museum from the James D. and Judith S. Moore Glass and Craft Collection. It was one of the first pieces the Moores acquired, starting their impressive collection of WNC glass. The melted glass comes together to form a perfect sphere with flecks of stars and swirls of almost topographic patterns. While we have Richardson’s Reflections on Unity on display in the Plaza, you will be able to find Ritter’s Moon and Stars inside the Museum in the Judith S. Moore Gallery when we reopen.