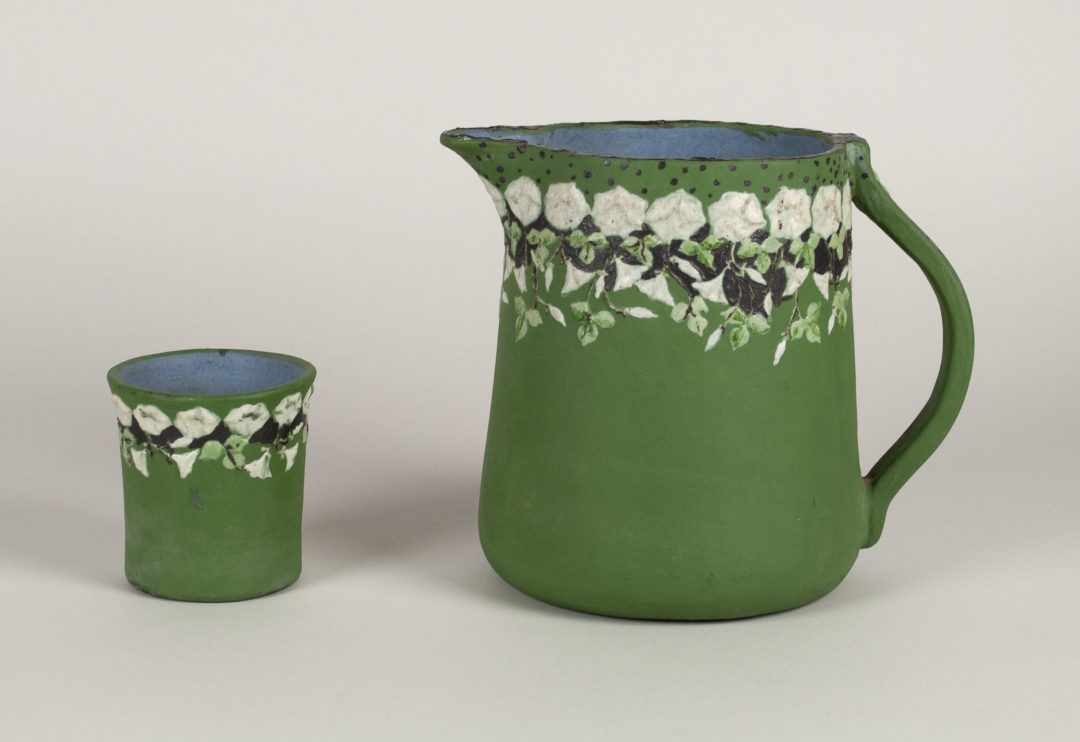 Western North Carolina’s Pisgah Forest Pottery, the third and final studio established by artist Walter B. Stephen, is one of many producers important to the history of pottery that is local to this region. Stephen led operations at Pisgah Forest Pottery, established just outside of Asheville in 1926, for nearly six decades. There, he carried on the cameo technique for surface decoration learned from his own mother, artist Nellie C. Randall Stephen, at the turn of the 20th century.

Stephen began making and selling pottery in Tennessee with his mother circa 1901 at their company called Nonconnah. In their first years of production, Walter formed and fired the pottery, and Nellie, a painter for many years prior, decorated their surface. Their studio typified the potteries established in the wake of the Arts & Crafts movement, with floral and folk imagery adorning the objects produced.

The term cameo describes the application of white porcelain slip, or liquid clay, to pottery’s surface by hand. While it is often compared to Wedgwood pottery developed in England in the 1790s, Pisgah Forest cameo decoration was made by hand rather than molded. To create the raised effect resulting from the laborious design process, each layer of the porcelain slip must dry completely before adding the next. Pisgah Forest Pottery was very popular with Asheville tourists desiring to bring home a souvenir. Many objects from this studio feature US folk imagery in cameo.