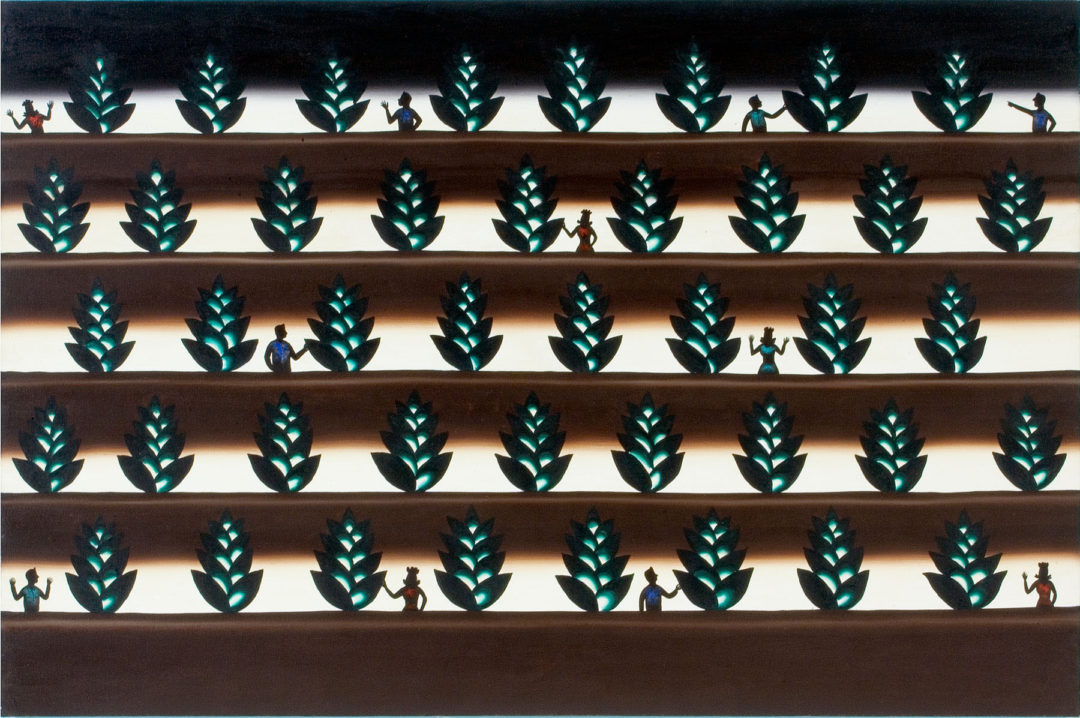 An alternating pattern of tobacco plants and stormy horizons emits an otherworldly glow in Roger Brown’s Plants That Glo in the Dark Tra-La. Notably the only known work Brown (Hamilton, AL 1941–1997 Atlanta, GA) created with phosphorescent, or glow-in-the-dark, paint, the plants, and horizon between them glow ominously and unnaturally when the paint is activated. Always interested in the tension between nature, culture, and especially the implications of nuclear threats, the artist was fascinated in the 1980s with genetically engineered plants, including bioluminescent tobacco plants. Brown’s playful title and the astonishing figures suggest that humankind’s attempts to alter nature are both entrancing yet foolish. Associated with the Chicago Imagists, a group of artists who looked to daily life and pop culture for inspiration, Brown additionally drew upon his Southern upbringing, expansive folk art collection, and artists such as Georgia O’Keeffe and Grant Wood.

This work is currently on view in Intersections in American Art.