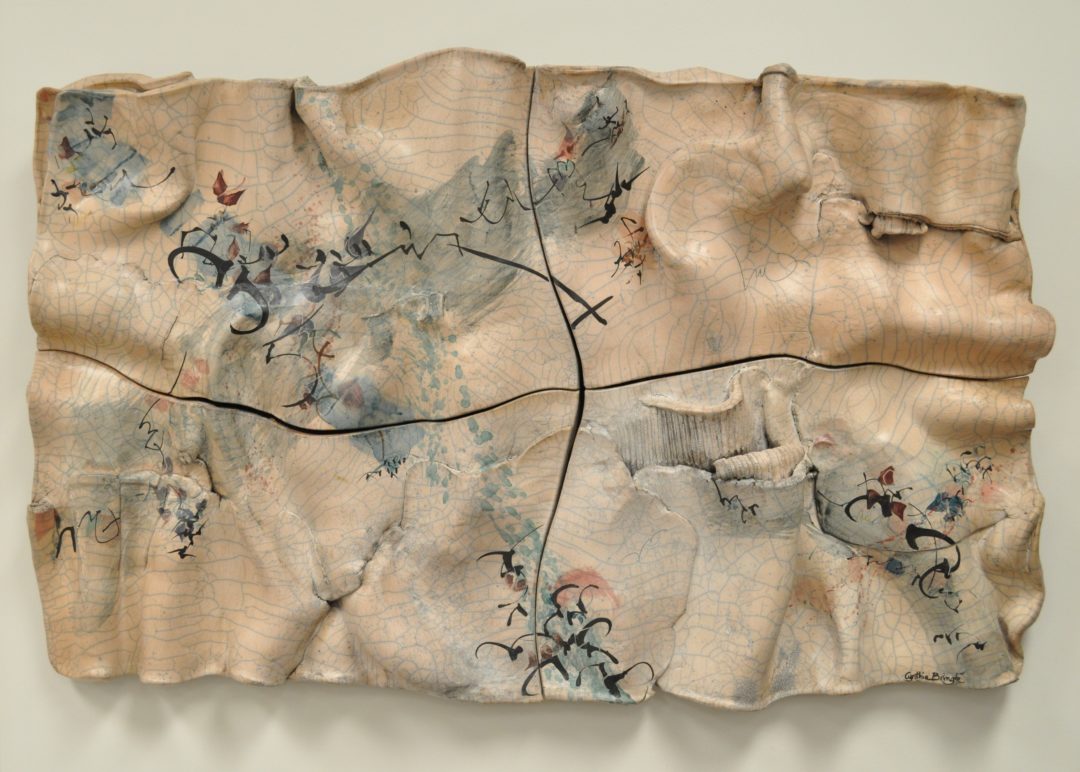 This large raku wall painting acquired by the Museum in 2020 is an exceptional work of art by Cynthia Bringle, highlighting her skills in pottery as well as painting. It exemplifies her ability to combine the two disciplines and to deviate from her usual functional pottery. After originally enrolling at the Memphis Academy of Art to study painting, Cynthia Bringle quickly decided to study ceramics instead. Bringle received her graduate degree from Alfred University’s College of Ceramics in New York, where she studied under Robert Chapman Turner.

While she used raku firing for her vases and lidded jars in the 1970s and 1980s, the scale of this work betrays the difficulty of this firing process. Raku firing requires lifting the pottery out of the fire while it is still red-hot, then placing it in an atmosphere that deprives the pottery of oxygen and exposes it to combustible materials that cause the final colors and cracks in the glaze.

Commissioned by Harold & Kathryn Brown after they met Bringle around 1985, this work was displayed in their home only traveling with the exhibition curated by the Southern Highland Craft Guild, Cynthia Bringle: A Fiery Influence, in 1999. The fact that it is created by one of the most well-known and respected North Carolina ceramicists makes it an especially important addition to the Museum’s Collection. This artwork is currently on view in Fantastical Forms: Ceramics as Sculpture through April 5, 2021.

After studying in New York, Bringle moved to Penland, NC, to set up a studio where she still works today. To learn more about Bringle, visit her website at cynthiabringlepottery.com.