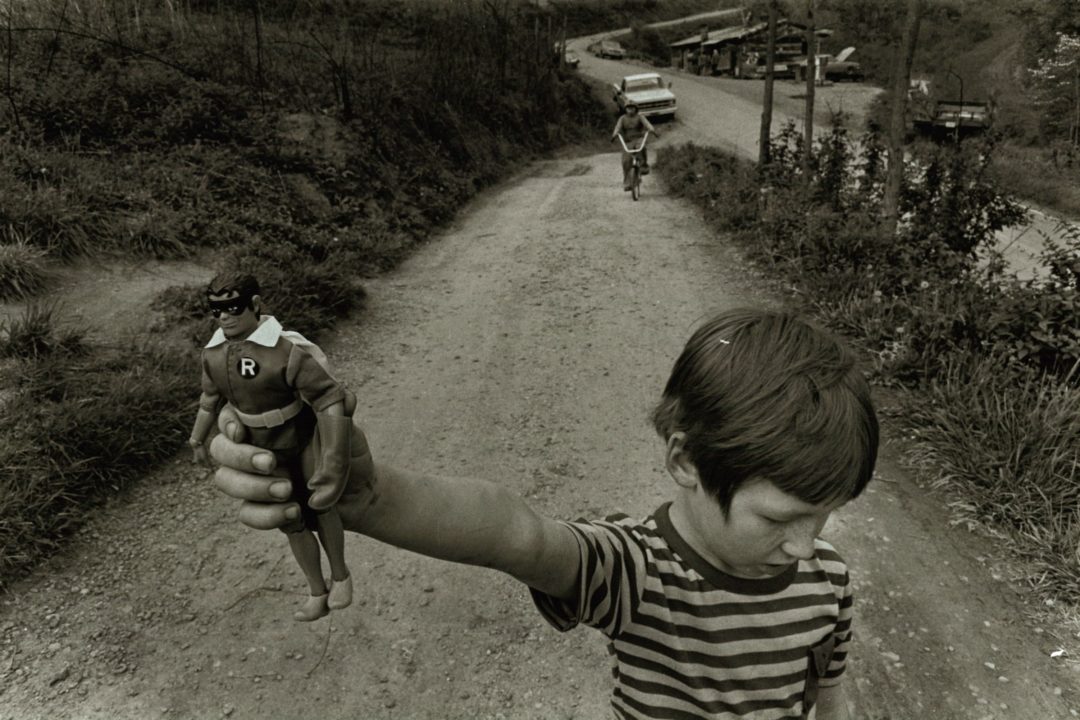 As I catalogued the recent acquisition of the 135 images from Rob Amberg’s Sodom Laurel Album purchased by the Nat C. Myers Fund for Photography for the Collection during my Collections Management internship at the Museum, there were many images that I related to from the farms to the countless images that demonstrate the beauty of the southern Appalachians. There was one photograph in particular that always held my attention. The photo is a simple one at first glance—just a young boy holding up one of his action figures to the camera with a long dirt road cutting back behind him. However, as I continued going through the rest of the collection, I began to reflect on the significance of this photo’s inclusion in this series. It was taken during the late 1970s in Madison County, NC, which was an especially rural area and remains so to this day. The young boy, Clinton Norton, is a reoccurring figure throughout the collection.

I believe that this photo resonated with me for the questions it raises. For example, even in such a remote, tight-knit rural community, pop icons like Batman and Robin were still relevant and accessible to children. This idea also implies the changing of the times in this area, impacting people and their way of thinking alike. Rather than wanting to stay in this area and farm for the remainder of their lives, the young people of Sodom were seemingly embracing what much of the rest of the country already had: modern-day amenities and pleasures. This photo captures that dichotomy, with its focus on the Robin action figure at the forefront of the image, but still showing the Appalachian scenery in the background.