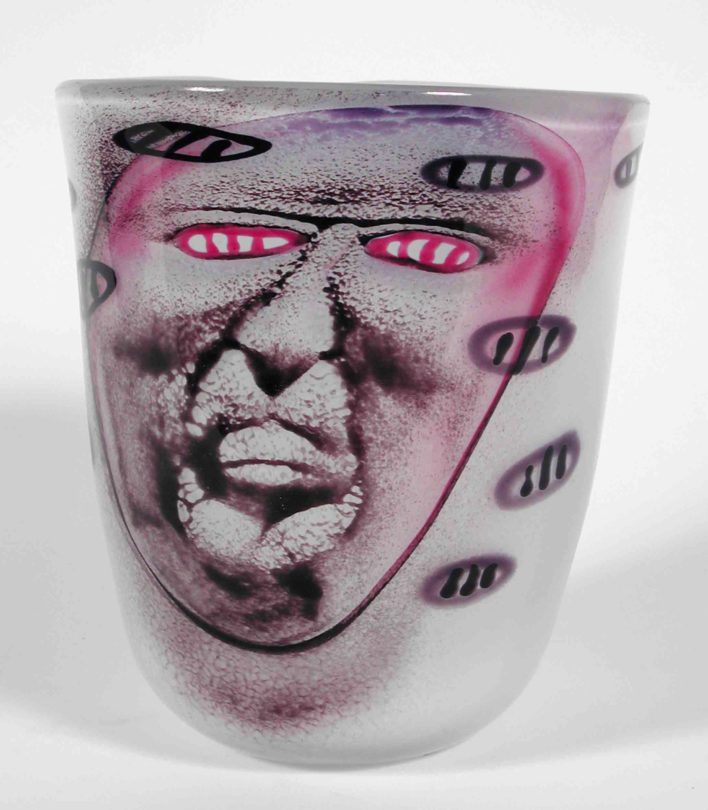 Ken Carder (1955- ) was born in Lima, Ohio. His work is typically blown and sculpted, although he also uses casting and cold-working techniques. Carder held his first solo exhibition in 1982 at Hephaestus Gallery in Bowling Green, Ohio. From 1984 through 1988 he was an artist in residence at the Penland School of Crafts in North Carolina.  He worked as an assistant to both Harvey Littleton and William Bernstein before entering the Residents Program at Penland. He was awarded the Southern Arts Federation Fellowship Grant in 1985, and in 1988 he opened his own studio. Carder’s work is in the collections of the Mint Museum, the Glass Museum Ebetoft (Denmark), and the Glas Museum Oberglas (Austria). He currently is living and working in Vilas, NC near Boone.

Faces, like the one depicted here, have been a predominant theme in his work.  Carder often layers faces and expressions to create intensely psychologically works. Some might say the repeating eyes increase the sense of being watched.