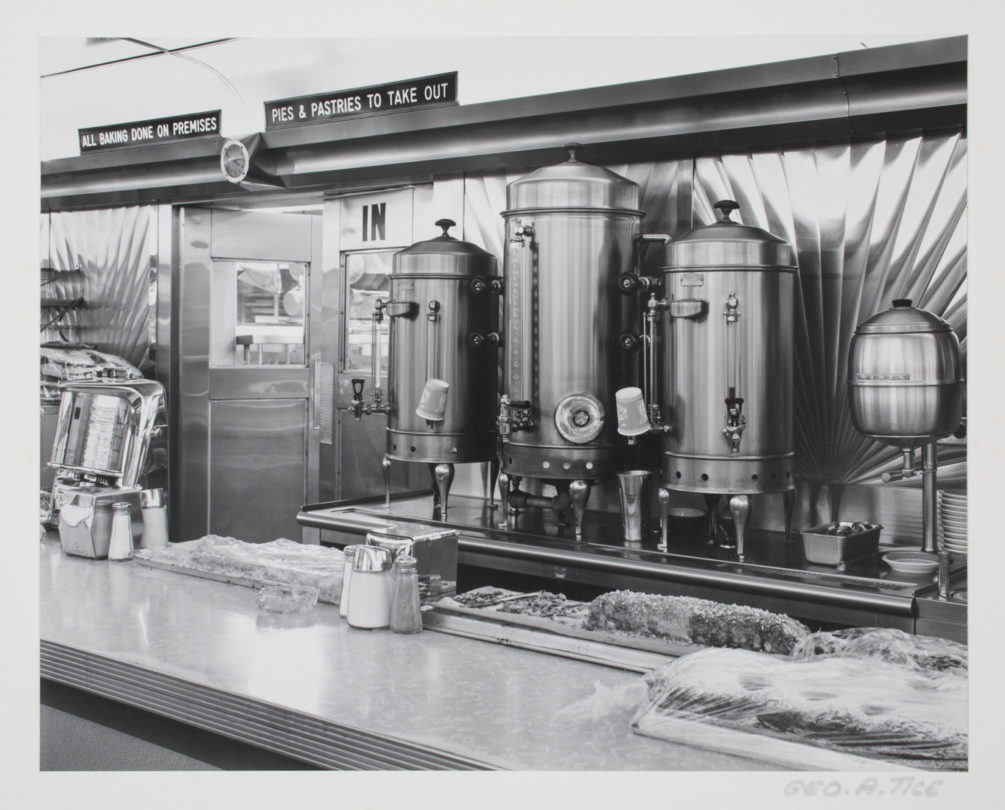 While scrolling through images in the Asheville Art Museum’s Collection, I came across three photographs by photographer George Tice that spoke to me. The images recall feelings of nostalgia and the idea of what a traditional American small town may look like: abandoned gas stations that no one ever goes to, diners that look like the inside of a tin lunch box, and the local fast food restaurant that looks like it’s on its last legs. But these views are much more than that for me. There’s something about these photographs that feels familiar, as if I had been to all these places before.

These photographs capture quintessential New Jersey. People like to hate on New Jersey, but as a born and raised Jersey girl, I can honestly say it’s one of the coolest places in the world (though this may be my own personal bias talking). Nestled between New York City and Philadelphia, with beaches and mountains (albeit small compared to the mighty Blue Ridge), I was able to experience all four seasons and so many beautiful landscapes. These photographs, however, don’t show those things off at all. Instead, they show off some of the more hidden gems of New Jersey—some of our state’s quirks. Gas in New Jersey is an anomaly to many, as it’s literally illegal to pump your own gas; you need to wait for an attendant to come do it for you. This may seem like a hassle, but in the winter, it’s a blessing in disguise. You’re never more than ten minutes away from a fast food restaurant, so on road trips, you’re always set for something quick, easy, and predictable. And of course, you cannot talk about New Jersey without talking about our diners: usually pretty empty, with a cramped kitchen that somehow serves giant plates of food and costs less than $25 for four people.

Yes, I’m being dramatic and a bit comical, but the sentiment is true. There’s something special about New Jersey that you don’t quite get unless you’re from there. Tice captures the New Jersey essence perfectly with these seemingly mundane photographs of things that you can truly find anywhere but have an extra special something in their New Jersey context. New Jersey likes to try and fit in with the big, bustling cities just next door. But Tice does not show that off. Instead, he chooses to show these moments of stillness between the fast-paced environments that we often find ourselves wrapped up in. New Jersey may be a little weird, loud, and opinionated, but it has undeniable charm that can only be expressed by those who are from there, and that’s exactly what Tice does with these photographs.