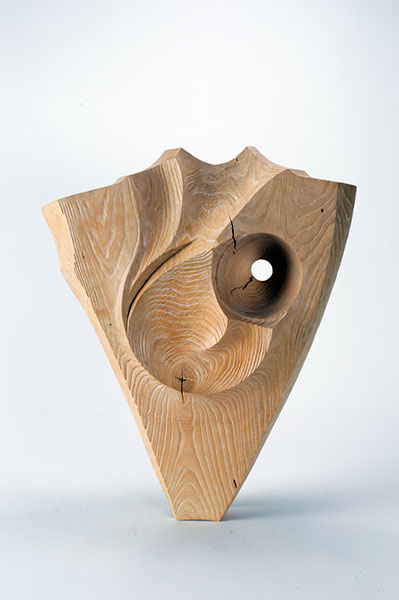 Stoney Lamar set out to be a furniture maker; however, he quickly learned that his interest was not in assembling but rather in subtracting from the wood until a sculpture emerged. His technique requires multiaxial turning of the wood on a lathe to create geometric forms and repositioning the piece to introduce different orientations. An early work, Torso for WT—named for Scottish sculptor William Turnbull—illustrates how Lamar would leave the wood raw and rely heavily on lathe turning to reveal its natural beauty. The effect creates the impression of forms that extend past or overlap within the object.