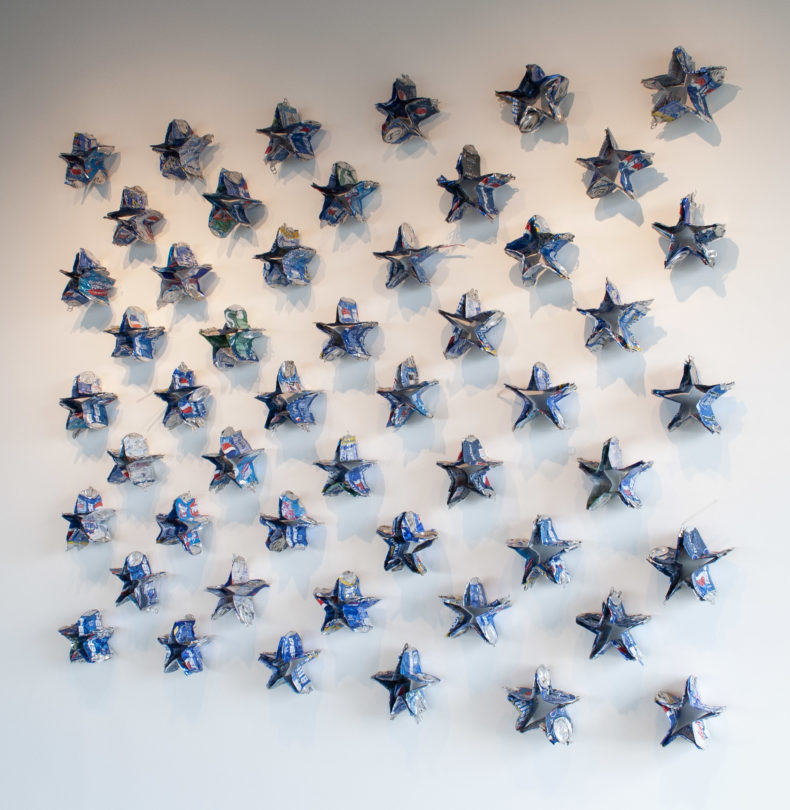 Janet Nolan’s Union 50 Stars wall installation is comprised of aluminum cans flattened by the traffic of New York City and molded by the artist into star forms. The assemblage represents the stars of the United States flag, each can salvaged from the streets of the largest city in the country and given new purpose. Janet Nolan’s transformations invite viewers to see found objects anew. Both thoughtful and playful, this artwork expresses themes of redemption and gives a second life to the remains of discarded consumer waste. Nolan credited her repurposing aesthetic in part to her uncle, an Alabamian mechanic she felt taught her a special empathy toward common and unwanted items with his own frequent reuse of everyday objects.

This artwork is currently on view on level four in the Perspective Café. More of Nolan’s work can be found at janetnolanart.com.