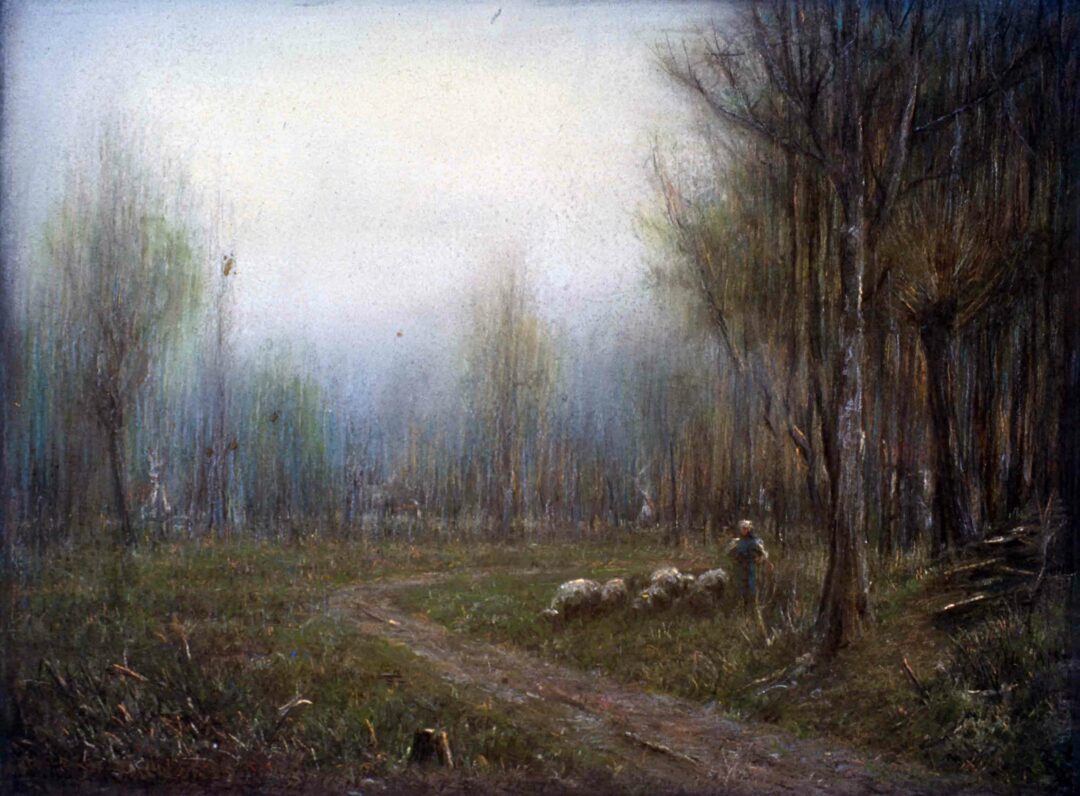 A resident of Asheville from 1898 until his death in 1920, Clarence Augustus Worrall created pastels of North Carolina that were sold locally to tourists and also exhibited in New York City. This untitled work utilizes the soft tones and textures of the pastel medium against black paper to great effect. Worrall began his professional career as an etcher, and after 17 years working as a printmaker, he decided to study painting in Philadelphia and later in Paris. He was well-known as an artist and teacher in Asheville and founded the Asheville Academy of Fine Arts and School of Manual Training. By all accounts, his masterpiece was the 18-foot-wide painting Asheville From Overlook Park On Sunset Mountain, which was stolen during the course of a traveling exhibition and never recovered.