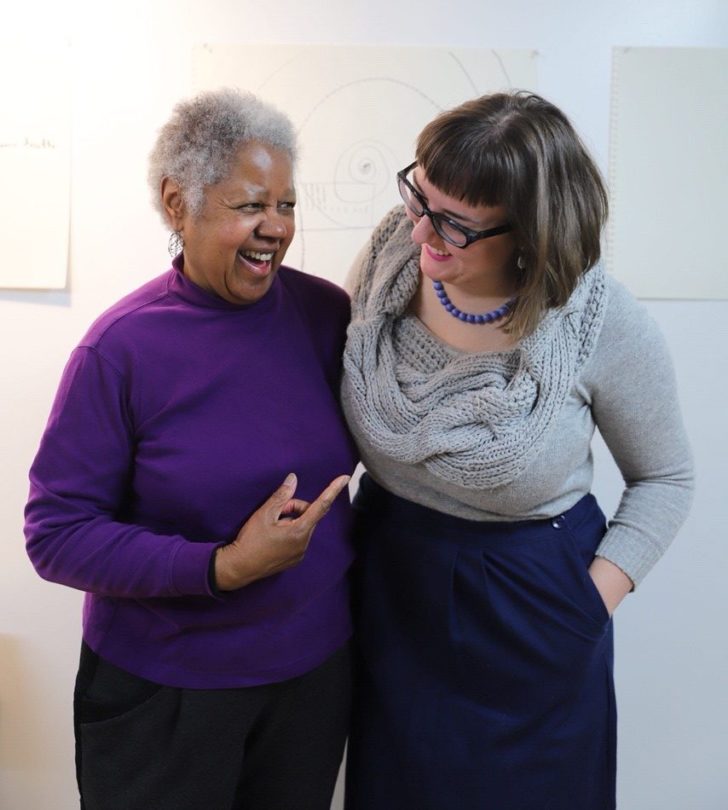 This spring, I sat down with four artists whose work will be shown in the Museum’s opening exhibition, Appalachia Now! An Interdisciplinary Survey of Contemporary Art in Southern Appalachia: Clarissa Sligh, Molly Sawyer, Eleanor Annand, and Danielle Burke.

Clarissa Sligh, a photographer whose interest in the medium stems from keeping the family album when she was young, stated, “It had always interested me that my voice didn’t seem to be in the arena. I began to create these narratives from my old family photographs, and that’s how I started doing word/text/images.” Of her art in the exhibition, she says, “That work comes out of me trying to think about my father. He was a very macho kind of man, and I was interested in the need to present that facade.” She muses, “Why is it that men are so much harder on men being masculine than women are on women being feminine?”

When asked about the significance of being in Appalachia Now!, each artist had a beautifully thought-provoking response. Sligh, who credits “being part of the earth that you walk on” as her inspiration, says of her home, “It’s a sanctuary area. There is something about being in these mountains. You’re surrounded, and you’re protected.”

Danielle Burke, a weaver who studied Buncombe County weaving patterns at Maryland Institute College of Art (MICA), and was brought to Asheville as a Windgate Fellow through the Center for Craft, says “Appalachia Now! is great because people have been making stuff for 100 years, and it doesn’t look the same as it did 100 years ago, but it’s in the same lineage and the same vein.” In regards to her work in the exhibition, she hopes viewers will take time to recognize the materiality of it.

Eleanor Annand says, “I love that this show is a contemporary take of what’s happening in Appalachia, and I’m excited that I get to be one of those voices. I think that people have a certain idea of what they think Appalachia is and that, like everything, becomes stereotyped. The reality is a lot broader than that.” When pondering on how she came to be a resident artist at Penland School of Craft, she says, “I ended up here after what I think of as a winding path… because it hasn’t been straight or narrow.” Of her work, Annand says, “I’ve started to think about materials as something ephemeral instead of something permanent. I create systems with these modular pieces that can work in a very rhythmic, ordered way, but I like to introduce some sort of entropy into it and kind of break down the system.”

Molly Sawyer says of her creative process, “My work is materials driven. I’m collecting materials without knowing what I’m going to do with them, but I have to have my hands on them.” In speaking about Appalachia Now! and the role it plays in the surrounding art community, she claims, “Asheville is going through a significant shift through the type of work that’s made and shown here⁠—moving through and alongside an Appalachian craft background. It’s a reawakening of what artists can do as a community here. It’s powerful and really exciting to be a part of.”

Check out an excerpt from the Appalachia Now! catalogue and pre-order your copy here.