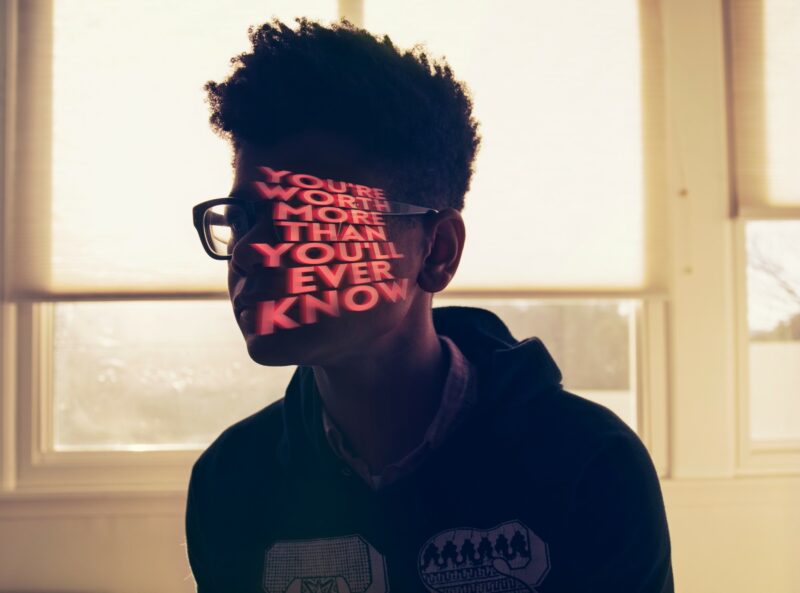 Join us in front of the Asheville Art Museum on Tuesday, December 6th at 7:30pm for Southern Equality Studios (SES) debut of their Digital Portrait Projection Series, offered in conjunction with the Museum’s Rebel/Re-Belle exhibition and its related Community Day on December 10. This free community event is being organized in collaboration with local community members, SES creatives, University of North Carolina Asheville (UNCA) students, and UNCA English Professor Lori Horvitz, PhD.

The series features large-scale images projected onto the west-facing Museum facade. These huge digital portraits feature participants and their responses to the prompt: “Why do I rebel?” This set of portraits is a continuation of Liz Williams’ portrait series, Remember to Look Up, in which queer and trans folks were photographed with their words of advice addressed to the LGBTQ+ community. Know Your Worth, a self-portrait in the series, is a featured artwork in the Rebel/Re-Belle exhibition, which is on view through January 16, 2023.

Williams is the director of SES, an art program with the Campaign for Southern Equality. The program focuses on how art can be a catalyst for change. Through means of photography, digital mixed media, and graphic design, Williams seeks to collaborate with her community and create visual work and conversations reflective of the LGBTQ+ identity and its nuances.