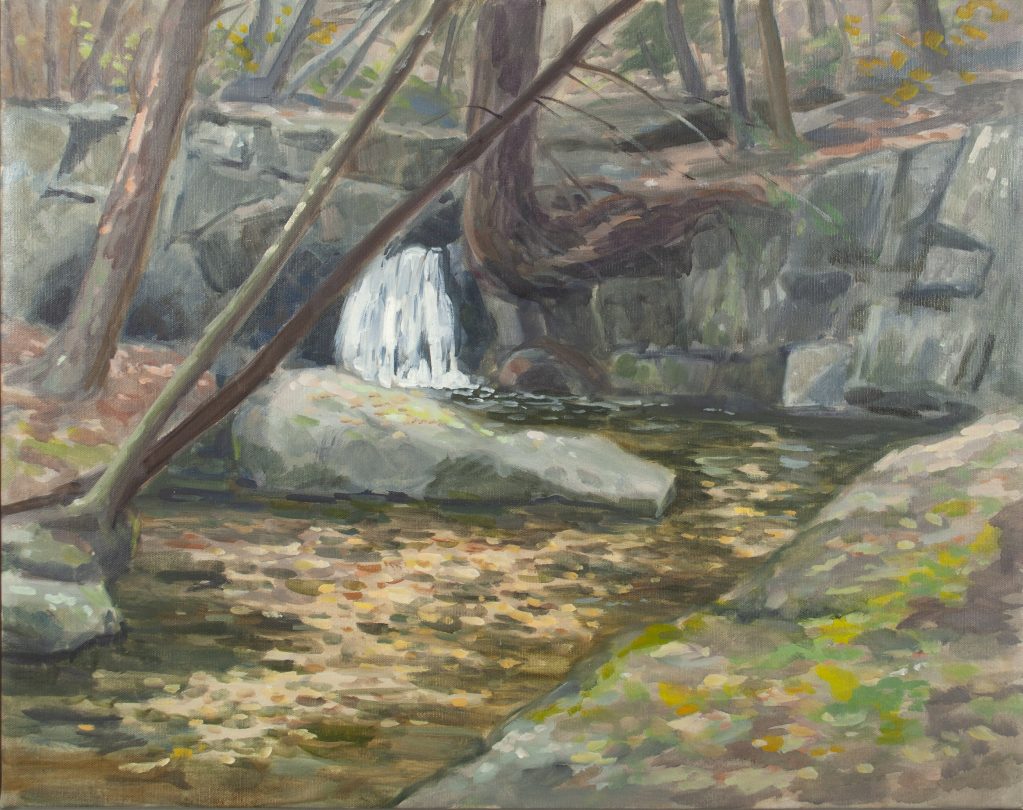 The Asheville Art Museum is excited to announce a gift of seven paintings by the artist Joseph Fiore accompanied by a charcoal portrait of Fiore by Donald House, a student of Fiore, gifted by The Falcon Foundation. The Falcon Foundation was created by Fiore’s family after his passing to manage the artist’s collection of works. The seven paintings by Fiore join 27 works already in the Museum’s Collection.

Fiore (Cleveland, OH, 1925–2008, New York, NY) first came to North Carolina in summer 1946 to study at Black Mountain College on the GI Bill. He took classes from artists such as Josef Albers, Ilya Bolotowsky, and Willem de Kooning. After graduation, Fiore moved to San Francisco for less than a year before returning to the east coast. When Fiore arrived back in North Carolina he was appointed a faculty member for Black Mountain College by Pete Jennerjahn, replacing Josef Albers. In 1950, Fiore met and fell in love with student Mary Falconer Fitton, whom he married in 1952. He remained a faculty member at Black Mountain College until the school’s closure in 1957.

Modernist abstraction has been said to be art aspiring to music, and Fiore himself was heavily influenced by music. He grew up in a family full of musicians, himself included. His work expresses improvisation related to his interest in jazz music. You can see how Fiore strayed farther from realism as his career progressed and his work evolved. His art, whether representational or abstract, maintains a connection with the landscape. His depictive art generally shows views of nature. For example, Van Campen’s Glen (Delaware Water Gap), circa 1974, presents a small waterfall in the woods with recognizable and realistically rendered imagery. Comparing Van Campen’s Glen to his later work Ledges, circa 1979, you can see that in just three years his work became more abstract. This work is still representational, as there is a rocky structure with a river leading towards a white building in the background, yet it contains heavy lines making the shapes more geometric, hinting towards Cubism. Fiore’s most abstracted work also retains echoes of the environment through biomorphic forms rooted in Surrealism. He shows an ability to collage together overlaying colored shapes to build an active composition. Blue Watershed, circa 2002, is an example of his nonrepresentational art full of arbitrary color. The painting shows the conceptual rhythms of a deconstructed landscape. While Blue Watershed is drastically more abstracted, his flickering brushstrokes reaching in all directions reflect his earlier work.