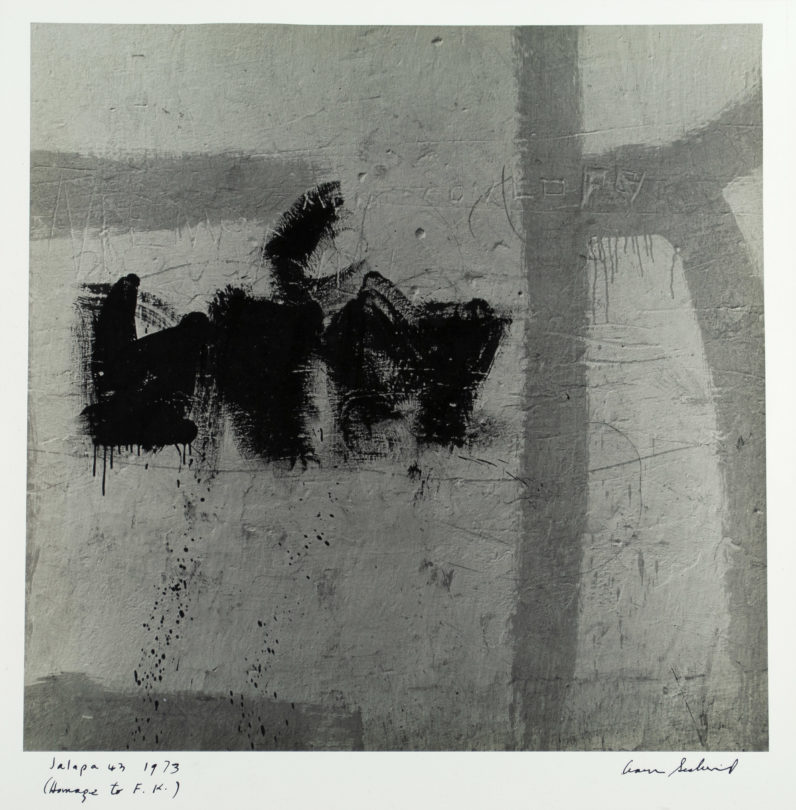 The Museum welcomes its first acquisition of an artwork by Aaron Siskind (New York, NY 1903–1991 Providence, RI), an influential American photographer with ties to Black Mountain College. Jalapa 43 (Homage to F.K.) plays with the viewer’s perception of the picture plane. With a cropped perspective of his subject, it’s difficult to determine immediately if this black-and-white image depicts an abstract painting or a wall marked with graffiti.

Throughout his career, Siskind concerned himself with investigating formal relationships through photography, rather than depicting immediately recognizable objects. Siskind’s abstract photographs from the late 1940s and early 1950s were a major force in the development of avant-garde art in America. In rejecting the third dimension, his work belied the notion that photography was tied exclusively to representation. He found support among Franz Kline, Mark Rothko, and other painters who recognized his image-making to have qualities aligning with their own.

In post-war New York City, Siskind often made photographs in direct dialogue with the Abstract Expressionist painters. This photograph, marked in its title as an homage to “F.K.,” is a tribute to Franz Kline, who passed away one decade prior in 1962. Jalapa is a city in Guatemala, and Siskind used other city names in the titles of works from this series.