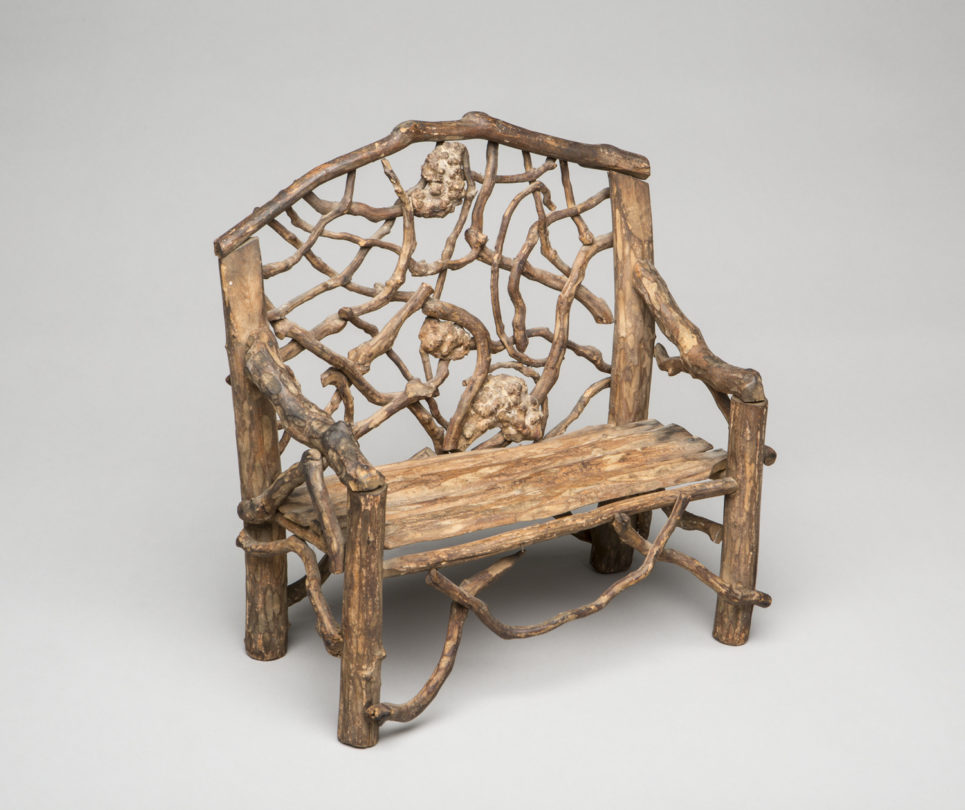 Rustic twig furniture and accessories were made throughout the Southern Appalachian Mountains. Long noted for the rugged individualism of its inhabitants, the mountain terrain was, and remains, difficult—conducive primarily to small farms, cottage industries, and the lone artisan. With rhododendron, mountain laurel, chestnut, hickory, willow, and oak prevalent in the area, materials were readily available and could be used in their natural state. Requiring only rudimentary tools—saws, clippers, penknives, and hammers—rustic furniture suited the independent craftsperson.

With the advent of train travel in Asheville in the late 19th century, Western North Carolina was shaped into a center of tourism. Furniture miniatures, diminutive versions of their larger counterparts, were generally inexpensive, often charming, and made excellent souvenirs. Rustic makers recognized this market and followed tourists, setting up shops on highways near spas, waterfalls, scenic overlooks, and other natural stopovers.