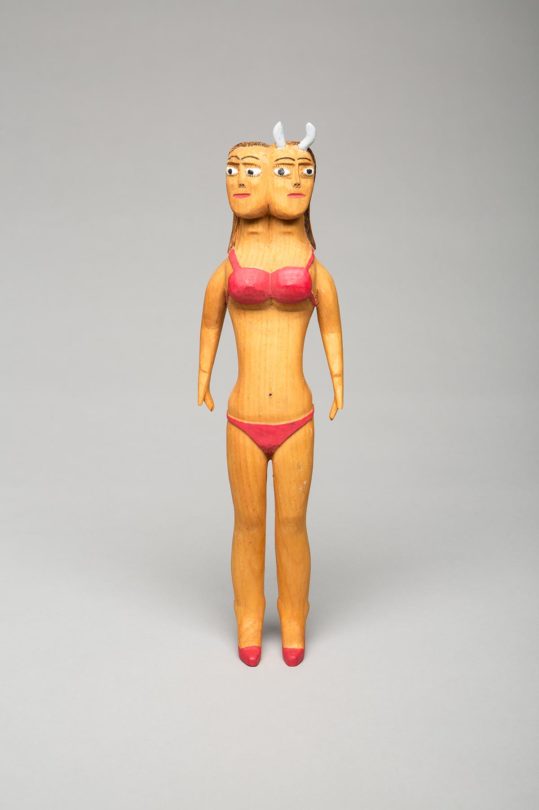 Sulton Rogers was born in Mississippi but lived most of his life in Syracuse, NY, where he worked at a chemical plant. He continued to carve throughout his time in New York, but Rogers began working in wood in earnest following his retirement, eventually returning to Mississippi. He referred to his subjects as “haints,” a Southern term for ghosts, and his miniature houses full of his figures as haint houses.

His forms were frequently exaggerated and referenced characters from the artist’s dreams. The two-faced woman depicted here is certainly exaggerated—perhaps referencing a duplicitous nature.