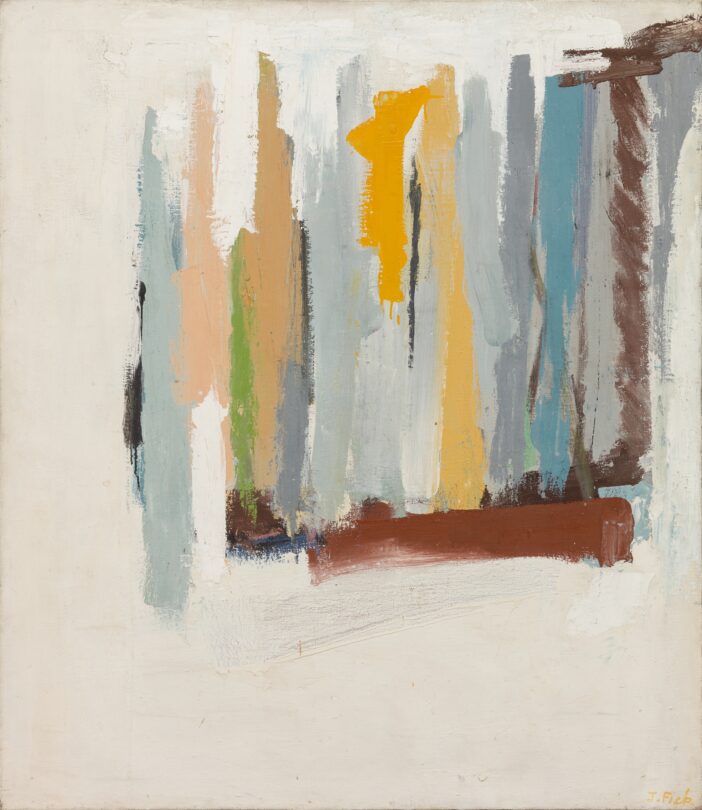 In 1955 Jorge Fick became one of the few students to receive an official degree from Black Mountain College, attending from 1952 to 1955. This work dates to his last year at the college and was created either during or immediately following his time there. Fick moved to New York City after graduating, interacting regularly with his college mentor Franz Kline, as well as such artists as Philip Guston, Willem de Kooning, and Jackson Pollock. Fick was introduced to Abstract Expressionism at Black Mountain College, and his connections in New York City strengthened his explorations. He eventually settled in Taos, NM. Though different from his later more graphic, simplified style, his interest in both nature and abstraction are already fully present in The Glade, with colorful brushstrokes intimating a fallen tree in a clearing in the woods.