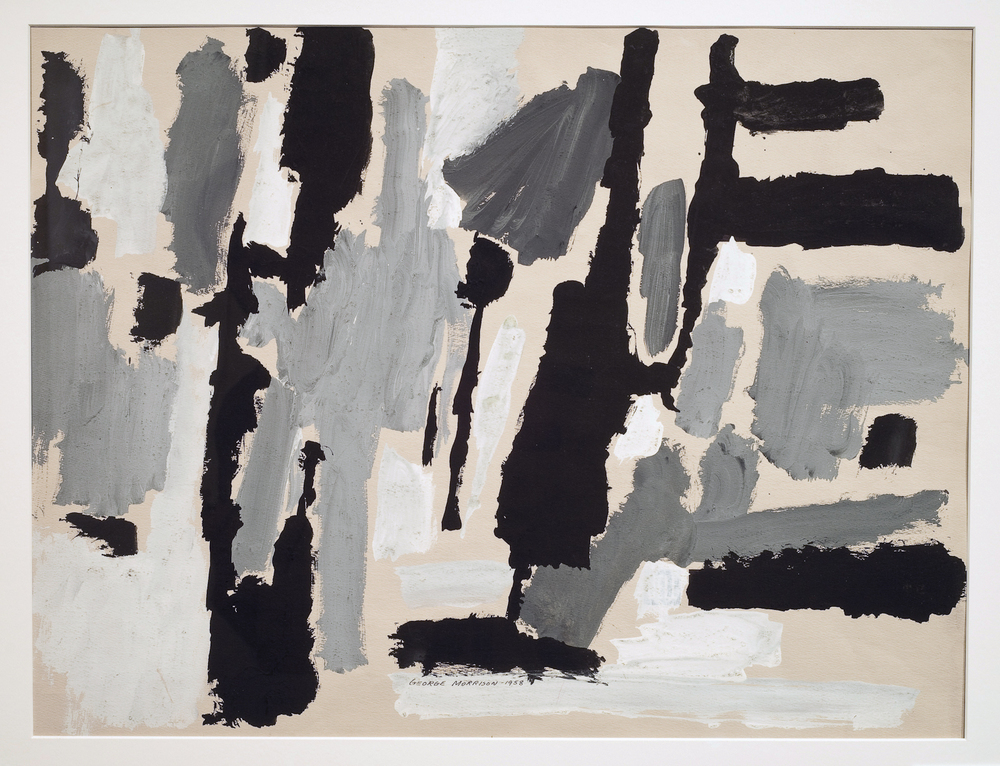 This 1958 painting on paper captures the style of abstraction that artist George Morrison employed at mid-century, with broad paint strokes and large swathes of varied pigment. Within a subdued, monochromatic palette, Morrison creates a sense of depth in his contrast of light and dark.

A member of the Grand Portage Band of Ojibwe, an Indigenous tribe in what is now the state of Minnesota, Morrison established his career in New York City and Provincetown, Massachusetts, during the peak of the Abstract Expressionism movement. In the latter half of the 20th century, Morrison went on to teach at Rhode Island School of Design and the University of Minnesota, Minneapolis, Minnesota.