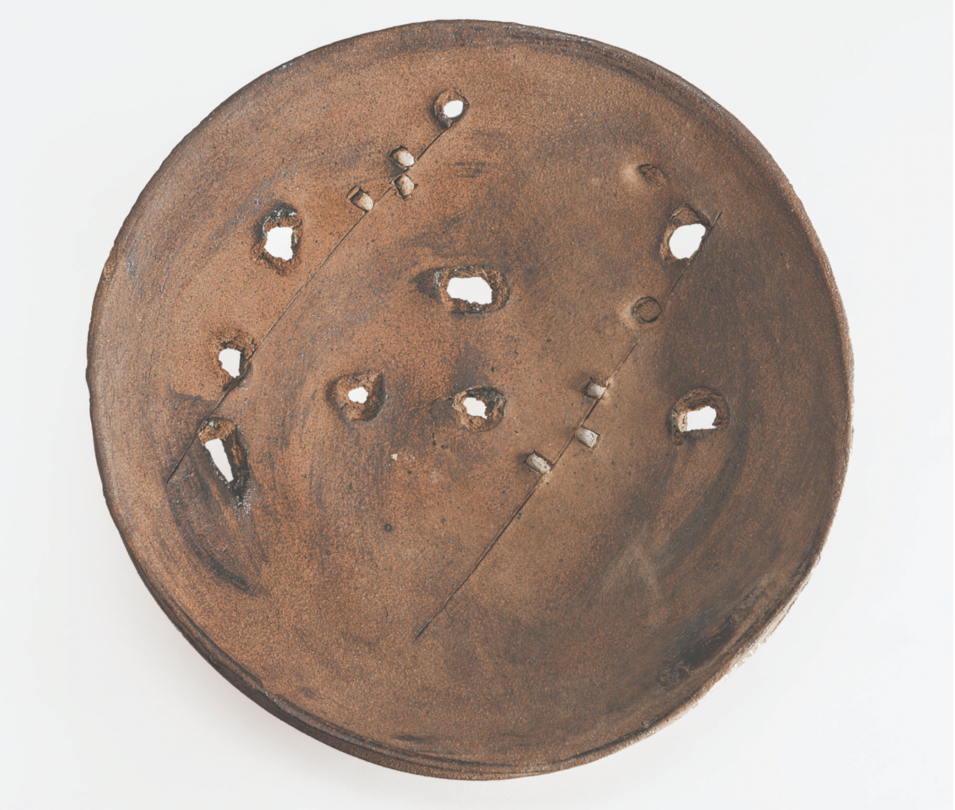 Peter Voulkos established his first ceramic studio in Montana in 1952, and in the summer session of 1953 he taught at Black Mountain College. There he was introduced to Abstract Expressionist painters, like Franz Kline, who influenced his work. He sought to create ceramic works of art like their painted and sculptural counterparts rather than functional pottery. In the early 1970s Voulkos experimented with the platter form. His platters were thrown on a wheel and then slashed with a knife, rough holes pushed up and through them, and small pieces of white porcelain inserted into them. His expression of movement and interaction with the work is visceral. The results ask the viewer to confront the platter’s surface texture and the space visible behind it. This platter came from the collection of Norm Schulman; he fired it after Voulkos came to demonstrate for his class at the Rhode Island School of Design and left the work behind.