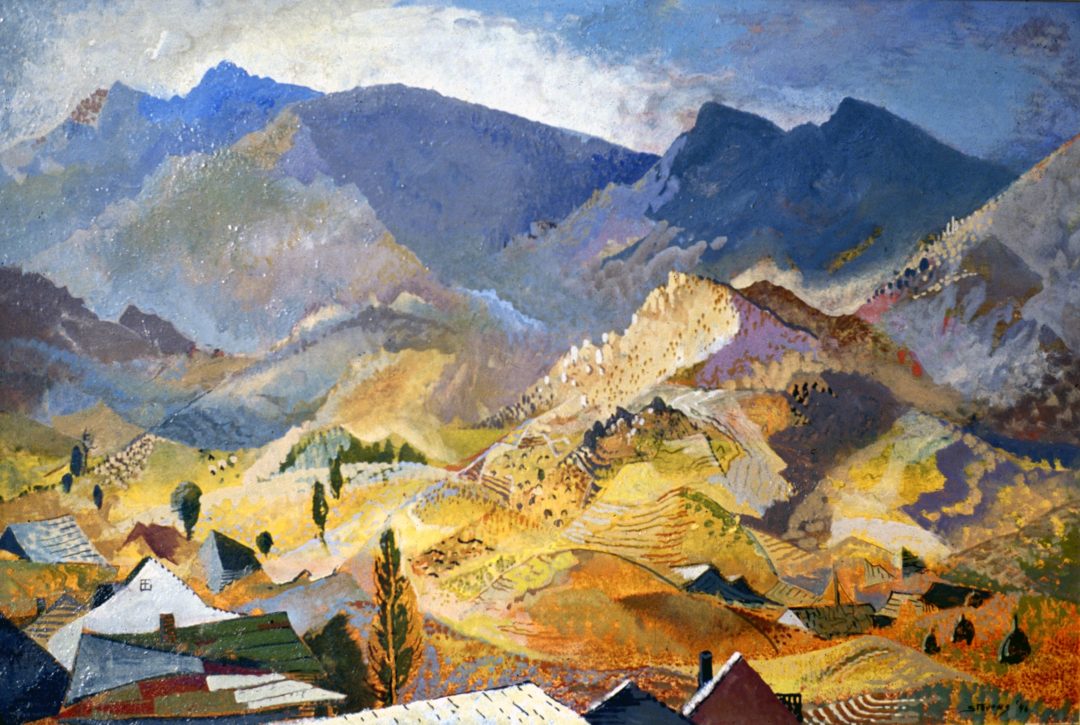 Will Henry Stevens is considered one of the most important Southern modernist painters. Shaped by his upbringing on the Ohio River, he had a lifelong devotion to nature, and it was a recurring motif in his work, both abstract and representational.

In 1906 Stevens studied at The Art Students League of New York under the painter William Merritt Chase. During his time in New York City, he was exposed to the major modernist currents from Europe. His work falls into three overlapping phases: impressionism, landscape drawings and paintings often containing overt references to the abstract, and later pure abstract work that is sometimes larger in scale. The Museum has over 40 works by Stevens, including representational images of the Smoky Mountains, the bayous around New Orleans, and abstractions.

— Andrew Glasgow, retired Executive Director of the American Craft Council and a curator and author on the Craft Revival, contemporary Studio Craft, and Outsider artists

While perusing the Museum’s second level, I was drawn to the beautiful untitled mountain landscape painting from 1946 by Will Henry Stevens. Beyond the subject matter, I was captured by the sense of movement Stevens creates. The motion is present in the mountainous background that turns into rolling hills and valleys in the foreground. It is also present in the sky; Stevens paints a light patch on the left side of the painting, and I can imagine dark clouds rolling away as the sun breaks through. Looking closer, I can see Stevens’s abstract style represented. He utilizes bright, unexpected colors in the middle and foregrounds, showing that the painting is not as strictly representational in style as it first appears. Each hill presents a unique pattern or texture, and I notice a new detail every time I revisit the painting. This painting is a perfect example of the saying “there’s more than meets the eye.”